Fixtures fall nicely and Rob Howley has form as coach, but lack of creativity a weakness 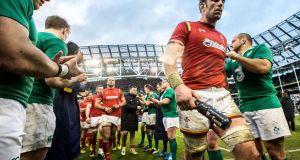 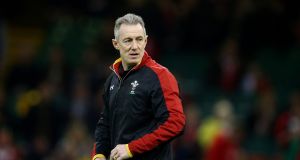 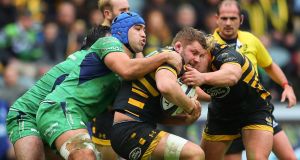 Thomas Young: flanker has been in great form for Wasps. Photograph: James Crombie/Inpho

Prospects: The last time Wales were without Warren Gatland as head coach for a Six Nations (2013), under the coaching baton of Rob Howley, they went on to win the tournament despite losing their opening match against Ireland. That game proved to be their only defeat. They are at home to England and Ireland this year, and a win against either or both would make them genuine contenders again.

The coach: Rob Howley takes over from Gatland, who fills the role as Lions head coach for a second term. The clamour for Wales to move to a subtler, free-flowing, expansive game has been getting louder in recent times. Howley, ostensibly Wales’s backs coach, will play that role with the Lions, but by default, as a number of others are believed to have turned down the opportunity.

The captain: Alun Wyn Jones takes over a role he’s discharged on five occasions in the past, dating back to 2009. He replaces Sam Warburton, the latter being given a chance to concentrate on finding some form. Jones is a superb competitor and athlete, a bright, articulate presence with a dry sense of humour. He is a strong contender to captain the Lions in the summer if his, and Wales’s, form holds up through the Six Nations.

One to watch: Wasps flanker Thomas Young, a son of the club coach and former Lions and Wales prop, Dai, has been in brilliant form for the club, picking up plaudits from Lawrence Dallaglio and Brian O’Driscoll along the way. The 24-year-old flanker is a menace at the breakdown but has a skill set that makes him very comfortable further out the pitch.

Prediction: Third. The tournament will hinge on the second match when they host England. They have a decent set of fixtures, in a reasonable order, but unless they offer more subtlety and creativity behind the scrum, ballast won’t be enough.