Trial period during February will see greater flexibility with ‘off’ times 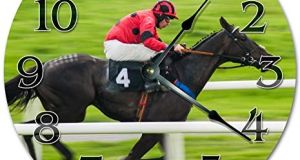 A little piece of racing history takes place at Naas on Saturday when Ireland hosts a first fixture with non-standard race times.

Non-standard times refer to races not programmed on the standard five minute mark and are commonplace in other jurisdictions such as the US.

There is a trial period during February by Horse Racing Ireland (HRI) and the British Horseracing Authority (BHA) to see if greater flexibility with ‘off’ times can avoid race clashes.

The BHA has already introduced it but Saturday’s fixture is the first in Ireland.

The first race at Naas is scheduled for 1.05 but the following BBA Opera Hat Chase has an off-time of 1.37. The third race, 35 minutes later, is due to start at 2.12. The remaining four contests are also staggered every 35 minutes with the concluding bumper due off at 4.32.

In many ways the new times formalise current practise which regularly sees the broadcast channel Racing TV request racecourse stewards to delay a start in order to avoid clashes on their coverage.

“If they can put times that avoid clashes rather than ringing the stewards on the day to add a minute or two at least people know in advance what the times are,” explained HRI’s race planning manager Shane Doyle on Friday.

Non-standard times are only being trialled on days when there are four or more meetings being staged concurrently in Ireland and Britain. There are 11 days this month when they will be in use including five Saturdays.

“Saturday is a very busy day for racing in the betting shops and even on Racing TV and Sky Sports Racing Saturday is their busiest day,” said Doyle who added that Saturdays are likely to be the only dates affected in Ireland this month.

Officials at Naas, and for Sunday’s Punchestown fixture, are monitoring the weather outlook with Met Éireann issuing a Yellow wind warning for the weekend.

“We are all good to go here but Met Éireann is putting out a yellow wind warning tomorrow and Sunday so going forward we’ll just have monitor things.

“Also for Naas, which is pretty close to here and is on tomorrow, well keep an eye on both tracks,” reported Punchestown’s clerk of the course Brendan Sheridan.

Punchestown had a meeting cancelled last month due to high winds in Storm Brendan.

The Opera Hat is Naas’ Listed race feature and shapes as turning into another Willie Mullins–Gordon Elliott clash.

The latter has Tintagle but she has a lot of ground to make up on her rival Cut The Mustard from a Thurles Grade Two event last month.

Elliott however looks dominant in a five-runner novice hurdle which last year was won by the subsequent Cheltenham festival winner Band Of Outlaws.

JP McManus’s Aramax has ground to make up on official rating with his stable companion Recent Revelations who won at Cork last month.

Ratings suggest the McManus-owned Entoucas should be very hard to beat in the following maiden hurdle although it might be so straightforward as that.

Entoucas has been placed in five of his six starts and appeared notably quirky, particularly when diving through the running rail shortly after finishing runner -up at Navan in November.

The Mullins–Elliott theme can continue to the final two contests where Aione looks hard to beat in a novice hurdle and The Caretaker should be able to step up on his promising Navan debut in the bumper.