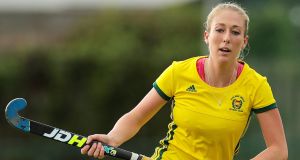 Saturday sees the eighth and final round of Hockey League matches before the winter break, the competition not resuming until February.

While most of the chasing pack’s end of term report might read ‘must do better’, Loreto and Pegasus would probably pick up an A for their efforts so far.

Loreto lead the way on goal difference having won eight more points in the campaign than at the same stage last season, their only blip so far a 2-0 defeat by UCD in October.

Pegasus, meanwhile, have only dropped points to Loreto in a 2-0 home defeat earlier this month – in the corresponding fixture 12 months ago, the Belfast side trounced their Dublin visitors 6-0, an indication of how far Champions Trophy winners Loreto have come since then.

Loreto’s next challengers are Pembroke Wanderers who have won four of their last five games, having been beaten in their opening two fixtures. That run of results has them in fourth place on 12 points, just two shy of their total for all of last season’s Hockey League.

Pegasus are back in Dublin on Saturday to take on a Muckross side that have struggled since their opening day draw with Ards, losing their next six games to leave them bottom of the table with the Ulster side.

Railway Union, who had both Sarah Hawkshaw and Amy Elliott included in the Irish panel named earlier this week, will attempt to climb out of the bottom three when they visit Ards.