Demons and Templeogue to go head-to-head in Dublin derby 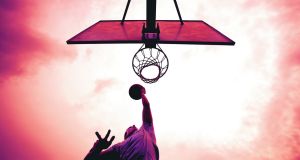 There’s another action-packed weekend of basketball in store this weekend, as the competition for top spots in the men’s and women’s Super League really heats up.

For men’s league leaders UCD Marian, there is a road trip to Galway ahead of them this Saturday as they travel down to face Maree. UCD are currently top of the table with two games in hand on nearest chasers, Garvey’s Tralee Warriors, and will be hoping to keep their recent winning form intact this weekend.

Speaking of Warriors, they will travel up to Dublin to face off against DCU Saints in what is set to be a very close battle between the two sides. Elsewhere, a strong Pyrobel Killester side will be aiming to secure a win against Belfast Star, while KUBS face Griffith College Swords Thunder.

All eyes will be on Cork on Sunday, meanwhile, as UCC Demons welcome Black Amber Templeogue for the second time in three weeks (having already lost out to them in the Cup semi-final at the start of January). Templeogue will be hoping to bounce back after a tough loss against UCD Marian last weekend.

In the women’s Super League, meanwhile, table toppers DCU Mercy travel to Clontarf to meet Pyrobel Killester in what is set to be an interesting battle. DCU had a much-needed weekend off after a jam-packed cup semi-final weekend in Cork, which saw them qualify three teams for the cup finals at the end of January. Killester, meanwhile, are coming into the game off the back of a comprehensive loss to Ambassador UCC Glanmire at home last weekend.

Elsewhere, Maxol WIT Wildcats will be aiming to make it two wins in a row at home when they welcome Portlaoise Panthers to Waterford, while NUIG Mystics and Singleton SuperValu Brunell will do battle in Galway, and Glanmire face IT Carlow Basketball as part of a double-header with Demons at the Mardyke Arena UCC on Sunday.