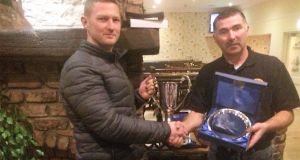 A new report commissioned by Salmon & Trout Conservation Scotland (S&TC Scotland), has concluded that “the combined knowledge from scientific studies provides evidence of a general and pervasive negative effect of salmon lice on salmonid populations in intensively farmed areas of Ireland, Norway and Scotland”.

It is authored by Prof Eva B. Thorstad and Dr Bengt Finstad, both internationally acknowledged for their expertise in sea lice biology and interactions between salmon farming and wild fish.

Paul Knight of S&TC (UK) and co-chair of ngo’s at the North Atlantic Salmon Conservation Organisation (Nasco), said: “At Nasco’s annual meetings, Scotland has been repeatedly challenged for its systematic denial of any significant negative impacts caused by salmon farming in the west Highlands on wild salmon and sea trout. This report vindicates the ngo stance that sea lice emanating from salmon farms are harmful to populations of wild fish, often devastatingly so.”

In June, the Scottish Parliament’s Rural Economy and Connectivity Committee, in response to a formal Petition lodged in the Scottish Parliament in February 2016 by S&TC Scotland seeking protection for wild salmonids from sea lice from Scottish salmon farms, agreed to launch an enquiry (scheduled for 2018) into salmon farming in Scotland and the issues raised by S&TC Scotland. [Sourced from Frontiers Travel News Service.]

Down through the years the club has regularly produced a host of top beach anglers who went on to represent Ireland at the Confederation Internationale Péche Sportif (Cips) World and European championships.

While today’s shore catch returns are a far cry from past decades, brought about, in the main, by inshore commercial fishing, pollution and lack of feeding resource, etc the club continues to command a respectful number of anglers to participate in competitions along the east coast beaches.

In their final competition for 2017, held at Ennariley, Co Wicklow, in December, Ruairi Coleman of Swords Angling Centre emerged a clear winner against a field of 27 anglers to claim the club master angler title. Ruairi will now go on to represent the club at the All-Ireland Master Angler Championships to be held in Leinster later this year.

Environmentalists and the public will be heartened to learn the club is adopting a beach clean-up for all their forthcoming competitions. Members will simply pass two black bags to each other, from first to last peg, and clear any visible litter in view. Every effort will also be made to ensure no rubbish is left by members at match end.

In addition, as part of the club’s fish welfare policy, members will retain caught fish in buckets (supplied by Swords Angling Centre and Grauvell) to ensure every chance of a safe return after measuring.

“These simple measures should promote both conservation and a clean beach environment which is paramount to the future of our sport. We hope other clubs will adopt [this initiative] countrywide,” a club spokesman said.

Local angling guide Neil O’Shea caught the first salmon in 2016 on Lough Currane. The fish weighed 4.5kg (10lb) and was taken while trolling a Rapala lure from the Bridge beat on the eastern side of the lough.

On the fly in London

Last year’s inaugural show was hailed as a great success with 3,000 members of the public and angling community in attendance.