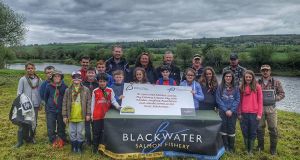 Bandon scouts at the fishing forum on River Blackwater 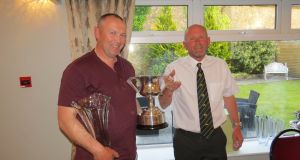 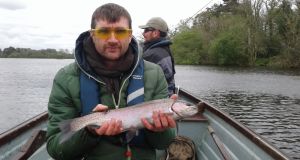 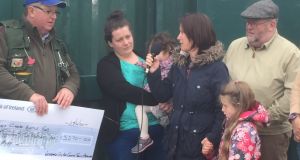 Bandon scouts in Co Cork attended a fishing tuition day at the River Blackwater organised by the local angling club and supported by Inland Fisheries Ireland under its nationwide sponsorship scheme. The initiative is one of six angling projects in Cork to receive sponsorship this year.

In total, 15 scouts took part to learn the basics of fly fishing, water safety, fish biology and ecology on the River Blackwater under the guidance of renowned fly casting instructor Glenda Powell.

For more information on the sponsorship scheme, visit .fisheriesireland.ie.

Some well-known personalities were out fishing on the day including Dr Ken Whelan and former Waterford senior hurlers Tony Browne and Brian Green who caught and released several trout up to 2kg. All were in high praise of the facility and looked forward to returning.

Waterford Leader, Inland Fisheries Ireland and the local club funded the complex, and Comeragh Council chairman, John O’Leary, said “developments like this, together with the opening of Waterford Greenway and Copper Coast area project, will put East Waterford on the map”.

Club member Michael Sheehan presented the Nadine Cancer Trust Fund with a cheque for €3,270. Over the past three years the club has raised €18,000 for charity.

Atlantic Salmon Trust auction Associated with its 50th anniversary celebrations, the Atlantic Salmon Trust is hosting an auction in Syon Park, London, on Thursday, May 25t. Up for auction are some unique fishing opportunities in far-flung locations such as Russia, Norway, Iceland and Canada. Other lots include sporting holidays, shooting and stalking. To view the catalogue, visit: astgalaauction.com.

Corrib experienced mixed fortunes last week as northerly and easterly winds prevailed coupled with sunshine. As ever, a selection of those who ventured out found success on buzzer.

Larry McCarthy from Corrib View Lodge, Glencorrib, enjoyed a great week. On Monday, three boats produced 26 trout. Next day, 84-year-old Vaughn Ruckley from Edinburgh had three for 5kg and Gareth Jones from Wales had one good fish of 3kg, also on buzzer.

On Sunday, with light winds, all boats caught fish, with the best managing eight in the Greenfields area, best 2.5kg.

Basil Shields of Ardnasillagh Lodge, Oughterard, reported a busy week at the lodge with excellent fishing on buzzer and a few fish on mayfly. Four anglers from Enniskillen had 15 on buzzer and mayfly for two days and Cork anglers Pat Collins and Shane Bird caught 12, again on mayfly and buzzer, with two reaching 2.5kg.

The Ballindiff Club hosted the Itffa Connacht Cup last Sunday with 56 competitors of which 31 recorded 64 fish. The competition was held on a catch and release basis in flat calm and very bright conditions, with most fish caught on buzzer.

Lough Conn and Cullin Anglers will hold their annual fly-fishing competition over the Whit Weekend (June 3rd-4th). This is a competition not to be missed, with fantastic prizes including a McCabe Sheelin boat, great fishing and socialising. To book a place, contact Orla at 087-2144 395 or Pádraic at 086-605 2687.

On a day best suited for the beach, the competitors managed to catch and release 181 trout. Credit for this huge return is extended to Lene chairman Tom Fagan and his committee, and to Noel Shiels and Itffa committee for organising the event.