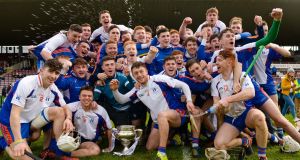 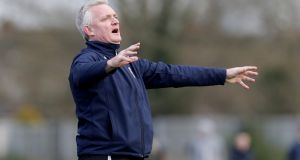 Nicky English: “They need to find adequate space for it or forget about it because very shortly the colleges are going to say, ‘what are the grants and scholarships for’?” Photograph: Morgan Treacy/Inpho

There are concerns that the Fitzgibbon Cup – along with its football equivalent, the Sigerson Cup , one of the two oldest competitions in the GAA – may be reaching a stage where its status is being irreparably undermined.

It’s not hyperbole. The third-level GAA championships are up and running next week. The schedules for the competitions were launched before Christmas and they bear the hallmarks of the intense calendar that lies ahead.

The problem for colleges – and it’s the hurling clubs rather the Sigerson counterparts, who are experiencing most turbulence – is that they have little or no access to their players.

The social nature of third-level fare has been undermined. One anecdote is of a weekend away cancelled because a number of the players were under county panel alcohol bans and in solidarity their college team-mates decided not to go ahead under the constraints.

Increasingly players aren’t involved in the running of the clubs and the training of younger teams – the type of activities that were formerly commonplace.

Semesterisation and the proliferation of club championships at junior and intermediate as well as other levels have combined to ensure that the Fitzgibbon has to be played after the turn of the year.

This season sees the GAA run a trial calendar which provides additional weeks for club activity. Consequently there’ll be no county fixtures in April and the All-Irelands will be over a fortnight earlier than usual. Another effect will be the doubling-up of league weekends, hurling and football, as well as that competition getting under way in two weeks’ time.

Completing the perfect storm has been the withdrawal of virtually all third-level colleges from the secondary provincial competitions, which are currently in train.

Not only have the mechanics of preparing and fielding college teams been thrown into disarray but the other engagement in college life, administering and coaching, which used to be part of the club involvement on campus, are under such pressure that the character of the game has changed – maybe irretrievably.

Nicky English has been involved for a long time as both player with UCC and more recently coach with UCD and although he has stepped back this year he is alarmed at the trend away from the competition’s traditions.

“The involvement in Fitzgibbon hurling is to create a bond and relationships in other disciplines that last all through your life in a working context. It introduces the players to a good standard and actually improves them at a stage when they’re growing and becoming more adult and capable of making decisions for themselves.

“If you’re not going to promote that then there’s little point in UCD and UCC or whoever arriving with their ‘galacticos’, who probably know people on the opposition better than they know their own team and we play a match that’s all over Twitter and people say it’s great but it’s all a total fraud.

“I’ve said this before but it’s becoming less like the great competition I loved playing in and more like the Railway Cup, which eventually died because people started putting more and more things ahead of it, which is where we’re going with the Fitzgibbon at the moment.

“They need to find adequate space for it or forget about it because very shortly the colleges are going to say, ‘what are the grants and scholarships for’?”

English’s former Tipperary team-mate Colm Bonnar also has experience of both sides, having managed county teams as well as Fitzgibbon sides in Waterford IT where he has been the long-serving GAA Officer. He sees pressure as the natural consequence of the new calendar.

“County teams know they need to be motoring around the 28th January, which is roughly when the Fitzgibbon is starting. It’s putting a lot of pressure on students although I think colleges realise that county players have a very good level of fitness and they just need to get them game time.

“It’s not easy though, as a number of games are on a Saturday, including the final with league fixtures the next day. It used to be separate but everything has tightened up.

“Students can be compromised as to who they give their priority to. It’s different for senior players who can decide what they want to do but younger lads are trying to make an impression.”

Anecdotal evidence of the problems isn’t hard to find.

One Fitzgibbon team has some county players who have yet to pull on a college jersey this season and the competition starts next week whereas a player, a county panellist, makes the point that with the earlier start managers have been putting more emphasis on control in the pre-Christmas period, so many county players weren’t released for the end of the third-level league or training or team gatherings.

Conor O’Shea is coach with UCD and as a recent player, he is able to trace the fairly rapid deterioration of the situation.

“I actually played in recent years so I’ve seen it from both ends. Even in 2012 we had all of our players for training pre- and post-Christmas and a few years down the line we don’t have access to our players for training sessions bar about one every three weeks. You’re not even getting them for challenge games. We’d one on Wednesday and didn’t have everyone available. We’re not the only college but you just don’t have the access.

“Because the colleges have been taken out of the Walsh Cup and although it was sometimes a hindrance because you didn’t have your full team all the time you at least had access to your players leading up to the Fitzgibbon and you had them on the weekend because they could train with their county team because they had to play with UCD that weekend.

“What you’re left with is that any of your players in the Walsh Cup are untouchable and a good number of those players are fellas in college trying to make a name. We’re not in the position this year of having a whole team of inter-county players. It’s a struggle.”

English’s point about scholarships is shared. All of the major institutes of education provide grants and bursaries but if star players aren’t able to represent the colleges, what is the point in continuing with the investment?

Former Clare captain Brian Lohan is another with extensive experience of Fitzgibbon both as a player and coach with UL. Not involved this year, he is however well aware of the problems. He says that the GAA have to make up its mind on the issue.

“You’re going to have to get access to all of them or access to none. Either players are left with their colleges for January and however long they last into February or else if the counties need them, don’t play any of them but the GAA should realise that if there’s no access there won’t be any scholarships and the other things that the college GAA clubs provide.

“A few years ago, college players were obliged to play with their colleges and no-one else. A similar rule would remove all ambiguity. Let them play and train for Fitzgibbon. Or you can decide they can have no access to them and that’s grand too because the colleges will keep going and the scholarships which will be lost to the inter-county players can be replaced by the GAA or provincial councils.”

He believes that if inter-county players are to be excluded from college teams, scholarship bursaries should go to club players.

“The people who raise funds and work hard at it would have no problem giving scholarships to a club player, who was happy to put something back into it. It mightn’t be huge money but it might save him from having to do part-time jobs and create a bit of space for study. But you can’t have a situation where your star player wants a full scholarship but isn’t willing to put anything back.”

At congress in 2012 GAA director general Páraic Duffy defended the third-level colleges from criticism, which he said, “ … overlooks and devalues the contribution that this sector has made to the development of our games in several important areas – in the raising of playing standards, in the training of administrators, and in the investment in our games and infrastructure.”

It will soon be time for the GAA to back up those sentiments if a vital resource isn’t to become permanently compromised.