Championship promises to zip through the summer landscape like a TGV 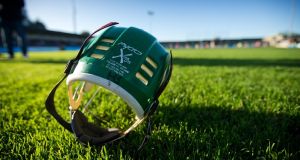 An alternative way of viewing Galway’s year is that it was characterised by extraordinary consistency of performance. Photograph: Morgan Treacy/Inpho

Old Moran surveyed the year ahead with a shake of his weary head. Freezing, wet weather – and the seasonal readjustment to that mystery which he had never quite mastered: work – had lowered his mood and the daily, distressing revelations of the misery involved in the average inter-county player’s life depressed him further.

He struggled to come to terms with departing Meath footballer Joe Sheridan’s valedictory statement that opened with a stark: “Lads are nearly detesting playing inter-county football,” and concluded with, “But, look, I’d never regret a minute I was in there”.

How hard it would be to continue to chronicle such heartless exploitation of the young, no matter how willing – a dispiriting reminder of the days when he had offered bags of boiled sweets to the “Chimney Sweep of the Month”.

Morning broke, austere, charcoal grey and drilling rain. Some good cheer on the radio, though, as Waterford chair Paddy Joe Ryan announced on Morning Ireland with customary voluble enthusiasm that the county had decided that its home round-robin matches against Cork and Tipperary would indeed be played at home despite the less-than-palatial state of Walsh Park.

“It’s a huge advantage to have the games at home. It would be a huge bonus for the city. It would help us in getting funding for a redeveloped Walsh Park, which everybody yearns for. Hopefully the plan would be, after the Tipperary game, to close Walsh Park and redevelop it for 2019.”

Old Moran was however confused – and to a greater extent than usual. Had these highly desirable fixtures not been brought about by a proposal to last September’s special congress, which the same Paddy Joe Ryan vehemently opposed as potentially “the worst decision ever made by the GAA”?

Perhaps it was inspiring that in the spirit of the New Year, he had managed to make the best of such adversity. Through the chill of his poorly-insulated attic, surrounded by the trappings of misfortune – most disagreeably, those pension statements with the skull-and-crossbones watermark – Old Moran peered into what he might be expected to encounter in the months ahead.

The commencement of the new compressed season will be marked by a January curtain up for both the football and hurling leagues. Might the competitions become afterthoughts in advance of a championship that promises to zip through the summer landscape like a TGV?

Perhaps not. The last eight of the football championship has always been principally the preserve of Division One teams, which this decade have provided an annual average of 5.4 quarter-finalists – that’s a better than 2:1 shot. If you want to get on in football, take the league seriously. Playing at a higher level in the spring is never a handicap in the summer.

Hurling has been slightly different of late. A trickle of provincial and actual league winners originating in Division One B in recent years gave way to Galway’s clean sweep of major silverware in 2017. This was accompanied by complaints about the lack of wriggle room on the ultra-competitive Division One A.

Now with provincial round robins on the way, what’s to be done?

An alternative way of viewing Galway’s year is that it was characterised by extraordinary consistency of performance. The new structure will be all about the ability to maintain high performance – middle distance rather than a series of sprints. Ignore the league if you wish but remember the wise old observation that form isn’t like a tap.

With a shudder, Old Moran’s eyes lit on the last weekend of the month. Only one word suffices: congress. Eeeek!!

This year he knows well that the great convocation of the Gael will not require a large attendance of paramedics. The major reforms of the past two years have omitted little of importance and a low-key clár can be expected.

There is one piece of the jigsaw yet to be fitted: the calendar year for clubs. Much desired as it may be by many, this change is unlikely to attract sufficient support until the current trials have been evaluated over the next couple of years. Accordingly Old Moran believed it is as likely in the short term as health and prosperity.

One aspect of congress that will be epochal is the final annual report of director general Páraic Duffy, who is scheduled to transition to well-earned retirement at the end of the month.

If the dithering over business qualifications in the job specification for his successor hasn’t been entirely reassuring, the GAA has had plenty of time to ponder a critical appointment and Old Moran hoped that no plausible candidate has been put off by the lack of a B Comm.

It’s good to know what a balance sheet looks like but better to be able to give a necessary reform a chance of acceptance before a sceptical county executive meeting.

In many ways this could be the most interesting month. How will the counties react to the ban on away training weekends? Already there have been signs of discontent and suggestions that a solo run to ‘warm weather’ – does anyone go to La Manga anymore? – might be blithely completed without official reprimand.

Old Moran cackled at the prospect and reflected that a few cheques lost in the post may keep order in this respect more effectively than appeals to counties’ better natures concerning the plight of the club player.

Without getting to even the championship he had exhausted himself. If anyone wanted to know his further thoughts they’d have to check back with him in the weeks to come.

“Chances of that,” wheezed Old Moran, as he extinguished the guttering remains of his last candle.