Waterford keen to make the most of home comforts 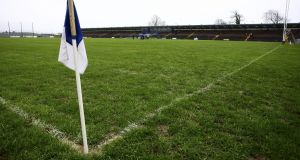 Walsh Park, Waterford: the venue for the county’s clash against Clare next weekend, the first championship game at the ground since 2003. Photograph: Ken Sutton/Inpho

Of all the prerequisites to round-robin competition, the winning of your first home game is perhaps the most critical. No team will be more aware of that on Sunday than Waterford, who play their first Munster hurling championship match at Walsh Park in 16 years, with the added incentive of making amends for what happened last year.

It’s set to be an 11,040-sell out, the maximum capacity for health and safety reasons according to The Slattery Report, for the meeting with Clare.

For Páraic Fanning, in his first championship match as Waterford hurling manager, it’s critical his team makes the most of it.

Fanning had been openly insistent that Waterford’s home games in 2019 be played at Walsh Park given last year’s situation, when previous manager Derek McGrath had to play both his “home” games in away venues.

At that point, Walsh Park was given a reduced capacity of just 8,000, deemed unsuitable for their home matches by the Munster Council. As a result, Waterford played their “home” games in away venues – drawing with Tipperary at the Gaelic Grounds in Limerick, and losing to Cork at Semple Stadium in Thurles.

They also lost away to Clare and Limerick, and thus failed to progress, after reaching the All-Ireland final in 2017. Fanning is quietly confident that home advantage being restored at Walsh Park can help make the difference this year.

“We’d hope that would be the case,” say Fanning. “We’d a brief taste of Walsh Park towards the end of the national hurling league, the home games against Galway and Clare, and that will help, being familiar with the surroundings, lads playing club games there of course.

“That all helps, as opposed to going away where you’re trying to time everything. We can do it pretty spot on at home.”

Waterford’s home advantage also heightens their desire and need to get off to a winning start – their second home game coming against All-Ireland champions Limerick on June 2nd. Fanning agrees a good start is half the battle but not necessarily essential.

“If you don’t win it, there will always be more pressure. If you do win it does lesson it a little bit. That’s the reality for everyone. But if you don’t win the first one it’s far from game over either. You could win the next three. But getting off to a good start certainly helps. But everyone in Munster are contenders.

“The league gave us a good chance to try out new players, and we managed to test our squad, playing Galway twice in the last three weeks. We know we didn’t play well in the league final, we’ve reviewed that and we moved on.”

Sunday’s game also marks Clare’s second visit to Walsh Park this year, having lost to Waterford there in the league quarter-finals in March. Fanning says that game will have little bearing on the championship clash.

“I think I said at the time of that quarter-final, if we’d won or lost it, it wouldn’t have had a huge bearing on May 12th. We know Clare got a dry run in Walsh Park that day too, in terms of what to expect, and the surroundings. It’s a massive game for both of us, but out last game was against Limerick [in the league final], so it’s not back to back.

“We just know the place is going to be heaving. Like Clare, we’re trying to get the two points on the board early. I don’t think we got much luck last year, and maybe the luck will come our way this year.”

Following that last home game against Limerick, work will then immediately commence on a €7million refurbishment project to bring the county ground’s capacity up to 16,500. Following a year of indecision, full planning permission was granted by An Bord Pleanála in February, the intention being to have the work completed in time for Waterford’s first championship game next year (2020), against Cork.

The cost of the project is significantly lower than the now €95.8m bill facing the Cork County Board for the redevelopment of Páirc Uí Chaoimh. Walsh Park last hosted a Munster championship match in 2003, when Waterford met Kerry in the quarter-final, winning 2-26 to 1-12.

Karlan Grant scores his first West Brom goal to rescue deserved point at Brighton 20:26
Dan Martin keeping it day-to-day as Vuelta proves challenging for riders 19:15
Mercedes’ Wolff hails Hamilton after his record win in Portugal 18:41
Alisson: ‘I believe my faith and working hard helped me in this fast recovery’ 18:21
Gibson-Park, Earls and Kelleher all in race to make Ireland’s French finale 17:24
Crossword Get access to over 6,000 interactive crosswords