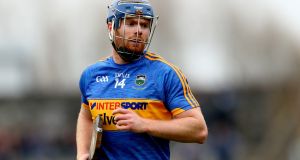 It’s all of eight years since Tipperary played Limerick in an Allianz Hurling League match and that didn’t end well for the Gaelic Grounds faithful. At the time Limerick were in the middle of one of the lesser-known players’ strikes in Munster, a contretemps that cost the county its place in the top division to which they have only just returned.

So it’s hardly surprising that the counties inhabit separate universes when they meet in Thurles on Saturday evening. Limerick’s story has been a feature of the league: a consistent level of performance that accomplished the necessary in Division 1B, hammering the weak and getting past the strong, in this year’s case All-Ireland champions Galway.

Tipperary though have glided in the higher division. Michael Ryan has tried out a wide range of players to develop depth and yet the team didn’t need to avail of the permissive requirements of knock-out qualification – staying out of the bottom two – as they topped the table albeit on scoring difference from three others, all locked together on six points.

Ryan’s determination to cast his net wide was nowhere more in evidence than in Nowlan Park where in February Tipp went down by a point against Kilkenny despite having Pádraic Maher and Noel McGrath sitting on the bench all afternoon.

“We were very determined that we’d use the panel,” Ryan said afterwards, “and obviously we made a couple of decisions about some of the more experienced members of the panel, who’d played plenty and who we didn’t need to see again. And the Fitzgibbon guys were missing.”

The ‘Fitzgibbon guys’ included Jason Forde and John McGrath, who have been the spearhead of the attack all league. A match against Kilkenny in the melting pot; did the Tipp manager regret leaving the equivalent of seven All Stars watching the match from the sideline?

“No, no. Would it have swung the match? We don’t know is the honest answer to that. We’ve got to learn, we’ve got to let our guys experience what it’s like to play top opponents like Kilkenny on their home patch and experience it. That’s what hurling is all about.”

That afternoon had seen an interesting shift from Michael Breen, usually a centrefielder or half forward, in the full-forward line. He took over frees from the absent Forde and scored 2-9, 2-2 from play. It was reassuring in that Forde had been stepping into the shoes of multiple Hurler of the Year nominee Séamus Callanan, who has missed the league with injury and now there was someone to step into his.

Breen however had already been an established member of the team in different positions. Such feng-shui is a familiar strategy when refreshing successful teams but it doesn’t always work out. Regular corner back Cathal Barrett was selected at centrefield on a number of occasions without looking likely to play there when the sun is high in the sky in a couple of months.

An interesting observation about Tipperary is that when they lost to Galway in last year’s All-Ireland semi-final, the starting team was – with the exception of the unavailable Barrett – the very same as had won the previous year’s final.

If Tipperary were to reach the semi-finals again this year, as generally expected, how many changes would there be this time around?

Within the county there is uncertainty as to which of the extensively trialled new players might actually break into the team – judgement on which has been confused by the virtually winter conditions prevailing in this year’s league.

It is expected after his scoring exploits – 3-49 to date with 2-9 from play – will see Forde break through as a starter in the attack, having been deployed at centrefield at times last year but who else has stated a case for championship inclusion?

There will have to be a change in goal with the retirement of Darren Gleeson, another All Star. Managing change in that position is by its nature more challenging than outfield alterations and Ryan has been auditioning three newcomers, Daragh Mooney, Paul Maher and Brian Hogan.

The process has been so scrupulously observed that all three have had two matches each, which is fair but a little unsettling with championship on the horizon and so it may be significant that Mooney has got the nod for Saturday’s league semi-final.

There is the added problem that not all of the established players are necessarily hurling at their best. James Barry at full back was originally an inspired conversion from the half backs but having made an exceptional job of the position, winning an All Star in the All-Ireland winning year, his performances haven’t been as authoritative.

Similarly Patrick Maher, who had the distraction of an overseas posting with the Defence Forces last year, is struggling to find the form that made him such an integral part of the attack when winning two All Stars.

On the plus side, John O’Dwyer is back and Callanan is expected to return from back surgery ready to go when the championship begins but he is also under pressure to keep delivering the type of displays that made him an annual Hurler of the Year contender.

Saturday in Semple Stadium sees Tipperary juggling an injury list, which on one hand gives additional scope for players to come and make a claim but against a resurgent Limerick there will also be a desire to lay claim to a first league title in 10 years.

Assumptions about the 2016 All-Ireland champions will be well tested in the weeks ahead.