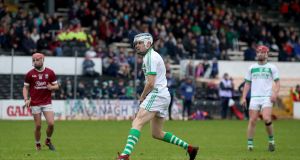 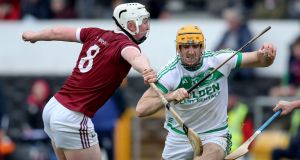 We are reliably informed that Ballyhale Shamrocks would prefer to be referred to by the club’s actual name, merely Shamrocks.

The Ballyhale bit, it seems, became attached somewhere along the line and was taken as the norm. It’s a fair shout though, in truth, the team’s unmistakable style and enduring provincial championship form is enough of a calling card alone.

This was the club’s 15th win in 17 Leinster outings since capturing a breakthrough Kilkenny title in 2006 and it would be a surprise if they are not crowned provincial winners for the 10th time on Sunday December 1st.

They will be roaring favourites against inexperienced opposition, at this level anyway, though the challenge is made a little more difficult by Richie Reid’s absence and the potential loss of Adrian Mullen.

Reid leaves for Lebanon and a tour of duty with the Defence Forces today while Young Hurler of the Year Mullen suffered what manager Henry Shefflin described as a concerning dead leg in Saturday’s surprisingly easy semi-final win over St Martin’s at Nowlan Park.

“Adrian got a bad dead leg, obviously that’s something that we have to monitor,” said Shefflin. “At the moment, it’ll be touch and go.

“We’d already lost Brian Butler, our corner back, with a broken hand. Paddy Mullen from midfield, he has a broken hand, and obviously Richie now will be heading off foreign and Adrian is going to be injured for the final, or touch and go.

“So it’ll test the panel but look, that’s what this competition is all about, you’re never going to get a clean run of it. But Richie will be a serious loss because he’s had an unbelievable championship and he’s our vice-captain and he’s been very impressive this year.”

Even without the duo, they’d still be strongly fancied. After all, they’ve got the peerless TJ Reid , who struck a stunning 2-14, a point more than St Martin’s managed over the hour.

One moment of magic in the 11th minute summed up Reid’s personal display and, indeed, the lot of St Martin’s, on a day to forget for them.

St Martin’s midfielder Aaron Maddock, surrounded and after losing his hurley, felt he had no option but to kick the ball out of play, an invitation to curl over a sumptuous sideline ball that Reid, celebrating his 32nd birthday, gratefully accepted.

He slammed home a 26th-minute goal from a penalty, too, though changed sides when presented with a similar opportunity two minutes later and flashed his shot just wide. There were three other misses too but this wasn’t a day to quibble about Reid’s shortcomings.

“He just loves playing, loves hurling,” observed Shefflin. “When you give him the ball he can make things happen.”

Shefflin was most pleased with his team’s appetite for destruction and their fast start in front of a crowd of just 1,801. Eoin Cody netted after only 18 seconds and the game was up by half-time when the All-Ireland champions led by 2-12 to 0-7. Eoin Reid, Colin Fennelly and TJ Reid added further goals for good measure.