Tipperary, Limerick and Clare all drawn together in the same group 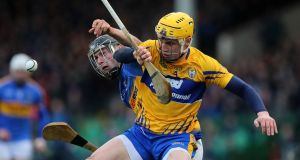 For the first time there will be a full complement of teams in both the Munster football and hurling pre-season competitions, resulting in two groups of three counties in each.

Kerry have been included in the 2020 Co-Op Superstores Munster Hurling League (formerly the Waterford Crystal Cup) and have been drawn in Group B alongside Cork and Waterford.

In Group A, defending champions Clare have been drawn to play Munster champions Limerick and All-Ireland champions Tipperary. Should be some fun there.

Dates and venues have yet to be confirmed, but all counties are assured of one home match, one round at least to be played before Christmas: the winner of each group will then qualify for the finals scheduled for the weekend of January 11th/12th.

In the McGrath Cup football, defending champions Clare will play Limerick and Waterford in Group A. In Group B, 2019 Munster champions Kerry have been drawn to play Cork and Tipperary, with the winners of each group again qualifying for the final on the weekend of January 11th/12th.

With Peter Keane’s senior Kerry team due to go on holiday to Thailand over the New Year, it is likely Kerry will field an under-20 or development team. It will also be the first chance for teams to get familiar again to the new playing rules introduced at Special Congress, including the attacking mark and the sin bin.

In Leinster, All-Ireland champions Dublin will again enjoy a bye into the O’Byrne Cup semi-finals, in part because Jim Gavin’s team are also set to spend some of the New Year on holiday in Bali. Dublin have also fielded development teams in recent years under the management of Paul Clarke.

For the second year running, the competition will get underway before Christmas with two rounds of fixtures, before the semi-final line-up is completed in early January, a crossover element ensuring every county plays at least three games. The three group winners will then join Dublin in the semi-finals.