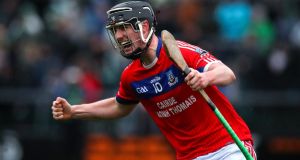 St Thomas retained their Galway SHC title when they came from behind to capture their fourth crown at Pearse Stadium.

Liam Mellows only managed three pointed frees in the second-half and fell to their second final defeat in a row, having captured their ninth Galway title two years ago.

Galway captain David Burke led the way for St Thomas while his brother Eanna shot 1-3 and a cousin Fintan, who suffered a cruciate ligament injury in the All-Ireland final defeat to Ballyhale Shamrocks, came on to shoot two vital points.

Liam Mellows led by 0-11 to 0-7 at the break, having made the most of the breeze in the opening half at Pearse Stadium.

Tadhg Haran led the way with six points, five of them from placed balls, and they only shot one wide in that opening half.

They built up an impressive 0-7 to 0-2 lead after 17 minutes before the champions hit back with a couple of frees from Darragh Burke and one from his brother Eanna.

Galway captain David Burke was narrowly wide with a goal chance just before the break but they went in trailing by four points at the interval.

St Thomas hit back after the restart and got back on level terms going into the final quarter before Eanna Burke shot the key score of the game when he found the net eight minutes from time as they retained their title.