While other counties opt for massive backroom teams, Cats happy doing things their own way 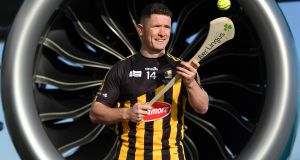 Liam Sheedy joked after returning as Tipperary manager that they weren’t far off requiring a second bus now to ferry their gigantic management team to games.

An “army of experts” was how the Tipperary supporters club put it months later, in advance of the All-Ireland final, praising the “27-man support structure” assembled by Sheedy.

John Kiely worked off similar numbers in 2018 with All-Ireland winners Limerick while various other top county teams have upwards of 20 in their set-ups.

Kilkenny, meanwhile, listed out a backroom team of just eight in their media guide for August’s final. That didn’t include manager Brian Cody, his trainer or selectors though adding those in merely brought the figure up to 12.

Cody has shaken things up for 2020, introducing DJ Carey, Martin Comerford and Michael Comerford to the mix, with both Michael Dempsey and Derek Lyng departing, though it remains a slim set-up by modern standards.

“Often the less that’s said the better. You can get a lot of work done with three [management] lads rather than 30 lads. That’s not to say what Limerick or anyone are doing is wrong. It’s what Brian feels and it’s what the players are extremely happy with.

“We have three lads who have won All-Irelands and DJ Carey, one of the greatest players of all time. The players look at that and go, ‘If he’s telling me what to do, it’s surely the best advice I can get anywhere’.”

Dublin’s megabucks sponsorship deal with AIG presumably helps fund their operation while Limerick have billionaire backer JP McManus. In Tipperary, Declan Kelly, a wealthy businessman linked to sponsors Teneo has been described as the county’s “strategic partner”. Yet if Kilkenny are missing out on anything, it isn’t apparent to Murphy.

“I think we’re extremely well served, we have Glanbia and Avonmore, they’re our main sponsors,” said Murphy ahead of Kilkenny’s departure to the Aer Lingus-sponsored New York Hurling Classic which takes place tomorrow.

“We don’t want for anything. When you get to an All-Ireland, you go on your team holiday. If you need your bit of mileage, you get that. You get your food allowances and that comes through the GPA as well. I can hold my hands up and say I don’t need anything more. I get my gear, I get everything given to me.

“It’s great that JP McManus is so involved with Limerick. We actually benefited a couple of years ago when we opened the Staker Wallace pitch down in Limerick. He’s very generous and he extended that to us. We all got suits! Every wedding you went to for the next 18 months, there were lads in three-piece JP McManus suits!

“It’s brilliant that counties do have people like that backing them. It’s not a cheap business any more. It costs a lot to keep an inter-county team on the road but we definitely don’t want for anything. Our sponsors are brilliant. I wouldn’t envy anyone at all.”