GAA previews: Kerry hurlers can get better of Meath 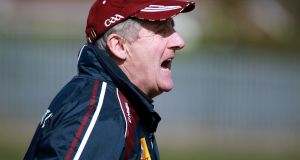 The nature of hurling’s glass ceiling is well known to Meath but Kerry are the more recent victims after a battling campaign under Fintan O’Connor ended in the disappointment of a relegation playoff defeat to Laois after two seasons in Division 1B. However, they acclimatised well in a more demanding environment. Meath are on the way up and bracketed last year’s memorable Christy Ring triumph with promotion to Division 2A. Kerry are missing key performer Daniel Collins but they can come out on top. Verdict: Kerry

Westmeath made the breakthrough two years ago to reach the knockout stages in Leinster and did so again last year after winning all their round-robin matches. Michael Ryan was disappointed that the league campaign was mixed and although they recovered well, promotion was lost. Laois did what they needed to stay in 1B, winning an insanely high-scoring relegation playoff against Kerry (1-30 to 4-20) and will be hard to beat at home, but Westmeath have picked up momentum and showed last year that they can be formidable in this group. Verdict: Laois.

1 America at Large: Golfers guilty of legitimising Trump’s toxic regime
2 Ireland, France or England? Who needs what to win the 2020 Six Nations
3 Solskjær’s stock is on the rise again after clever squad rotation
4 Gael Fickou shifted to the wing as France name their XV
5 ‘This is not a personality contest’ - Jack Nicklaus endorses Donald Trump
Real news has value SUBSCRIBE