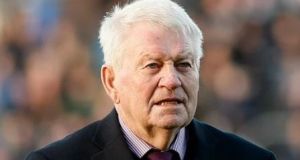 The GAA in Meath is in mourning following the passing of Terry Kearns, aged 75, whose fisted goal was the decisive score in the 1967 All-Ireland SFC final victory over Cork.

Cork, captained by dual star Denis Coughlan, had the better of the first half to lead by 0-4 to 0-1 at the break but the goal six minutes after the restart turned the tide in favour of Meath who went on to win by 1-9 to 0-9, with Kearns adding two points.

The St Vincent’s (Ardcath) clubman toured Australia with the Meath squad in the spring of 1968 and two years later he filled the centre-back berth in an eventful championship campaign.

That year the Royals made an amazing comeback from an 11-point deficit to defeat Offaly by 2-22 to 5-12 in the Leinster final but after overcoming Galway, Kerry won the Sam Maguire Cup decider by 2-19 to 0-18.

That was the first year of 80-minute games in provincial finals and All-Ireland championship ties.