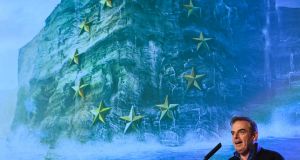 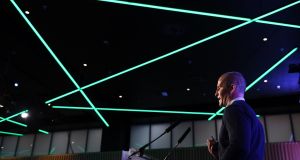 After the annual Games Development Conference had come to a close on Saturday, the GAA’s director of games, Pat Daly, reflected on the very first such conference. “That’s the 22nd,” he said. “When it was first held, it fitted into a suite in the corner.”

As an event it has gone from strength to strength, moving out of Croke Park to DCU and then back again as the facilities in the new stadium became bigger and better equipped. When Peter Horgan formally closed this year’s event, he mentioned that it had been attended by more than 800 delegates.

The line-up was particularly strong, closing on Paul McGinley’s fascinating detail of how he created a successful Europe Ryder Cup team. Also showcased was his abiding and very perceptive interest in Gaelic games.

He was asked what he would do to beat Dublin. Having screened clips of documentaries that made clear the debt he felt he owed to Gaelic games, and his youthful prowess with Ballyboden, it was unlikely that McGinley’s heart would have been in that project but he discussed it knowledgeably.

As an aside he mentioned his surprise at the number of wides kicked in football. He also acknowledged that his own prolific history at corner forward was predicated on being “right-side dominant and all a defender had to do was stay on my right and I was done”.

He was also very interesting when talking about the grafting of team identity on to what is an individual sport: for instance, not insisting that the team eat together, because they weren’t used to doing that on tour. McGinley also suggested that Tiger Woods’s comparatively poor record in team play was because greater allowance wasn’t made for his individuality in the collective context.

One essential that jumped out was McGinley’s love of the challenge of preparing the team. The phrase used was “dreaming a plan”. He would have loved to dream another Ryder Cup campaign but knew and accepted the queue of people who also wanted to have that chance.

Earlier, Leinster rugby coach Stuart Lancaster had given an absorbing account of his evolution as a coach and what he considered the basic principles of the job. The address had to be deferred – it was originally going to open the session – when the timing of Leinster’s prematch run this weekend was changed, but it was worth the wait.

There was a sense of disappointment at how his time with England had ended and the fact that his talents – particularly as an academy director – hadn’t been re-absorbed into the RFU, but their loss has been Leinster’s gain.

His 10 principles were loaded with interesting insights. One county development officer afterwards highlighted the observation that coaches need to be careful not to spend more time talking to players who are being dropped than actual first-teamers.

Lancaster repeated how happy he was to be allowed to concentrate on coaching with Leinster. One of his principles is “Use minutes wisely”; under that heading he ruefully pondered the head coach’s dilemma: “Are you coaching or organising?”

Another aphorism that struck a chord was: “Under pressure, you don’t rise to the occasion – we rise or fall to our level of training.”

He shared a quote, plucked from his past as a teacher: “ ‘I don’t know what they did and I don’t remember what they said but I remember how they made me feel.’ For every coach, that is the challenge.”

This was doubly interesting in that it also demonstrated the intersecting ideas at the conference, as earlier in the day Dublin’s Jason Sherlock had used the very same quote during a Q&A with former Kilkenny hurler Tommy Walsh and conducted by Damien Lawlor.

This was a lively exchange, with Sherlock pushing the more holistic coaching and encouragement theme, whereas, in an entertaining counterpoint, Walsh, despite attempts to accept that it was about encouragement and development, couldn’t quite kick the Kilkenny hard-wiring about the primacy of winning.

Sherlock candidly acknowledged that he saw his career as a failure because he never added to his teenage All-Ireland in 1995. Walsh was asked did he understand why Sherlock would feel that way. “I do,” he replied, adding – but not before a beat – “but he shouldn’t.”

“This weekend he has been invited to address an 800-strong audience of Gaelic Athletic Association diehards at Croke Park on the subject of non-negotiable coaching essentials. For an Englishman to be asked to preach rugby to a room packed with oval-ball nonbelievers is some accolade.”

Kitson was adding a few boxes of eggs to that pudding, as the conference is a very open event at which many different sporting disciplines have been represented during the past two decades. For those who couldn’t attend, many of the addresses will be going up on the GAA website this week and will be well worth a look.