Ireland’s new online-safety action plan is underwhelming. The problem will only grow 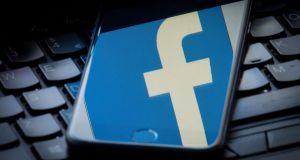 Inside Facebook: Channel 4 revealed that the social network deemed a video of a man punching and kicking a toddler to be acceptable content. Photograph: Dominic Lipinski/PA Wire

The shocking revelation in Inside Facebook: Secrets of the Social Network, Channel 4’s Dispatches documentary on Tuesday night, that the company deemed a video of a man punching and kicking a toddler to be acceptable content has highlighted the ever-growing need for regulation of online platforms. But unfortunately we seem to be moving no closer to that. In fact the Government’s new Action Plan on Online Safety can only be described as underwhelming for many of the specialists who help to protect children from abuse online.

Despite much anticipation from those working on the front line, the plan failed to dazzle. There were few milestones or targets and no clarity on how children in particular would be less vulnerable by December 2019, the intended end date, as a result of the measures outlined in the plan.

The proposals related to the hugely profitable technology companies that interact every day with our children lacked focus and largely seemed to rely on the goodwill of the companies themselves. Like most people, I am an avid user of Google, Facebook, Twitter and the exponentially increasing social-media channels that children use, and although I value their service I am yet to be convinced that as a nation we should rely on their benevolence to protect our children.

The action plan makes scant reference to the Law Reform Commission’s proposal to appoint a digital-safety commissioner – the so-called digital tsar – and there are few commitments related to it. This appears to be a backwards step given the commitment Minister for Communications Denis Naughten made in January to establish the post this year.

The charity I work for, CyberSafeIreland, has an educational remit, and our main concerns relate to the proposals around education, which we felt overall were disappointing. There was a strong focus on enhancing measures that are already in place in terms of curriculum content and teacher-training opportunities and resources. We know from our experience that what exists is insufficient to meet the need.

We have come across many teachers who are unaware of the many good resources and training opportunities that are already available. But it’s not just about resources: according to data we published last September, 69 per cent of teachers do not feel equipped to deliver online-safety education. This is about confidence and upskilling strategically.

We need to invest properly in enabling at least one teacher in every school to become an online-safety champion rather than expecting all teachers to become experts. At the same time we need to ensure that every teacher has the confidence to have the important conversations with children on an ongoing basis

In addition, we must embed digital literacy into the mainstream curriculum and make it compulsory in all schools, as is happening in the UK with the roll-out of its Green Paper on online safety. We must equip all children with skills to manage their online lives safely and responsibly.

Having said that, we recognise that our own Government’s action plan is an important first step towards a more co-ordinated and strategic response. It draws together all of the key stakeholders along with State bodies with an online-safety remit. At a minimum it represents a much-needed mapping exercise of all elements of the Government’s work on online safety.

There are some important considerations in the plan and some really welcome measures, such as the acknowledgment (and related actions) that children and parents desperately need guidance and support.

Will what we do help the mother who reached out because her 11-year-old daughter was told online that she was so ugly she should kill herself?

There is also the establishment of a national advisory council for online safety, which could provide a very clear and joined-up approach. Furthermore, there is the proposal to launch a “communications campaign” targeting parents and children.

Unless we can start establishing social norms about safe online use, as has been achieved a similar way with road-safety campaigns in recent years, we won’t make significant headway with the many issues involved.

As an organisation we have to continually ask ourselves, in everything that we do, will this achieve real change? Will it help the father who cried as he told us about his son’s gaming addiction, or the mother who reached out for help because her 11-year-old daughter was told online that she was so ugly she should kill herself? Will it help the incredibly vulnerable schoolchildren making poor decisions whom we are coming across every day, and whose parents are overwhelmed or often not engaged at all?

If it won’t have a real impact then let’s concentrate on actions that will. Time is of the essence, as the problem will only get bigger, with more and more children accessing the internet without sufficient guidance. We need a plan that understands that.