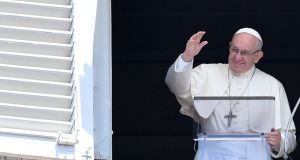 Like many people, I gave much thought as to how I would vote in the recent referendum on the Eighth Amendment and found myself swinging from one side to the other.

I read articles; had conversations with friends (mostly grandparents with memories of their own and their daughter’s pregnancies); talked with GPs and pharmacists; listened to radio and TV programmes; prayed; and participated in a seminar run by the Loyola Institute at Trinity College with the thoughtful title Living Humanely.

All routes proved insightful as I moved in different directions.

Then the referendum result. The two-third majority on the Yes side surprised both no and yes voters, as well as those with faith and those who profess none.

The 2016 census revealed that 78.3 per cent of our population stated they were Catholic, yet only a third of voters said no. It implied that a third of believers voted yes. These people were prepared to vote contrary to “official” church teaching. Why? I suggest two reasons.

First there is a growing core of Catholics, especially women, who take their faith seriously and have educated themselves along Vatican II lines. In recent years they have been influenced by Pope Francis, particularly regarding the respect and non-judgmental approach he shows for individuals’ situations in life.

Philosopher Charles Taylor’s words describing religious conversion might be apt: “one feels oneself to be breaking out of a narrower frame into a broader frame which makes sense of things in a completely different way”.

A further reason for this vote, I sense, was compassion. There was a genuine desire to have appropriate healthcare available for women who find themselves in difficult situations.

The question of conscience and compassion was endorsed by the late Cardinal Karl Lehmann of Germany who spoke of “a woman’s decision of conscience which no power in the world – even the church – could replace and which must, therefore be accepted” (Tablet, March 24th, 2018).

The recent referendum result has given rise in myself to moments of positivity and hope. My Christian faith is central to my life. However, since Vatican II much of this great council’s rich teachings have yet to be implemented in Rome and Ireland.

A core teaching, such as a synodal way of operating when discussing issues, has rarely been tried. The World Meeting of Families in Dublin in August is an example of this approach. Lay involvement needs to be emphasised regarding all activities within church life.

Education in adult faith has been poor in Ireland. I was extremely fortunate to study theology in Rome during Vatican II. I found my three years there to be a very freeing experience.

A particularly helpful truth I learned then was that there is a hierarchy of truths within church teaching. The highest authority is an ecumenical council. Less authoritative are papal encyclicals, and below them are papal exhortations and letters.

I am saddened at the few opportunities there have been in Ireland for lay members of the church to grow in knowledge of their faith, especially of the scriptures, and in particular in regard to the person of Jesus – his lifestyle as well as his teaching, which is essentially about compassion and love of neighbour.

While the hierarchical church has overly dominated, lay people must also take some responsibility regarding how they nourish their own adult faith.

The recent Mount Merrion parish incident, including Archbishop Diarmuid Martin’s apology, proved interesting and will, hopefully, lead to the laity having more of a say in church matters as well as in exercising more responsibility.

While the referendum result shows something new is happening within the church, what is now required are sound politicians, expert clinicians (especially GPs and highly skilled counsellors for that vital 72-hour period) and a caring Irish society rooted in its Celtic culture. It is a culture which, over centuries, has received its inspiration and been nourished by people’s Christian faith.

I, like most, believe in the sanctity of human life and trust abortions that do occur in the future will be “be safe, legal and rare”.

Dr Catherine McCann is a former Sister of Charity, a psychotherapist and currently curator of the Shekina Sculpture Garden at Glenamure, Co Wicklow

1 ‘Insane’ gathering of hundreds of students in Galway condemned
2 Prepare for six to nine months of Covid-19 restraints, warn health officials
3 Speed and distance of Covid-19 droplets tracked by Mater researchers
4 Do headstands, clear out a junk drawer, have sex: 15 ways to re-energise your day
5 Sean Quinn stunned at rebranding of Quinn Industrial Holdings
Real news has value SUBSCRIBE