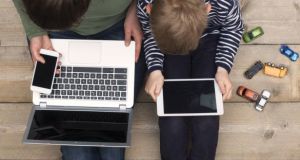 Minister for Communications Denis Naughten is responding to increasing concerns over the deliberate targeting of children online.

The Government will appoint a digital safety commissioner this year.

The proposal was made by Minister for Communications Denis Naughten last year in response to increasing concerns over the deliberate targeting of children online.

However, doubts were raised by Taoiseach Leo Varadkar in a pre-Christmas interview when he said appointing a commissioner was not the right path forward.

But speaking to The Irish Times on Thursday, Mr Naughten confirmed he will proceed with the appointment this year.

Under the Minister’s proposals, the digital safety commissioner would be a proactive force in identifying and taking down illegal content.

The statutory position, modelled on similar situations in Australia and New Zealand, would seek to promote digital safety and encourage positive digital use among children and young people.

A new statutory code of practice would be enforced outlining standards for major internet companies and an effective complaints procedure.

The issue of online safety is under the remit of three different Government departments.

While the Department of Justice has responsibility for illegal content including child grooming and child sexual abuse, there is no whole-of-Government response to the increasing challenges.

The ISPCC welcomed the decision and said online safety was “the child protection issue of our time”.

The society said it was pleased the “voices of children and young people are being heard, and that their safety is being taken seriously”.

Matthew Horan (26) from Clondalkin will be sentenced on Friday. He used Skype, Snapchat, Instagram and Kik, an anonymous instant messaging application, to send and receive images from six identified children in Ireland and nine others around the world.

In victim impact statements, a father of one victim and the mother of another spoke of their horror at what they had discovered.

They “felt sick to the pit of our stomachs” Dublin Circuit Criminal Court heard on Monday.

It is understood Mr Naughten will proceed with the office of Digital Safety this year, without legislative support.

“We can do a lot of this and put a lot of the supports in place without having to go down in the short term the primary legislative route. I am currently consulting with advocacy groups, industry and my ministerial colleagues on the steps needed in setting up the office.”

The Minister said headlines don’t report the safeguards tech operators and industry have been putting in place and there are reasons for this, but there are “gaping holes that are being exploited with sickening consequences”.