The Irish Times view on Twitter’s ad ban: over to you, Facebook 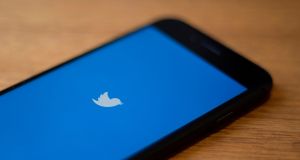 Twitter said on Wednesday that it would stop accepting political advertising globally on its platform. Photograph: Alastair Pike/AFP via Getty Images

In an important announcement on Wednesday, Twitter chief executive and co-founder Jack Dorsey promised the platform would ban all political advertisements – including ads about political issues – by late November. “We believe political message reach should be earned, not bought,” he said.

This is a heartening move. Political advertising on social media platforms has become a global issue of concern, as such ads can be highly targeted to a specific audience. If politicians tell lies – as Facebook recently decided is perfectly fine on its own platform – deliberate falsehoods are more easily hidden in such “dark ads”, which are difficult to spot or challenge. By contrast, ads carried by print and broadcast media can be seen and heard by all, and are more easily interrogated.

The decision to ban “issue” ads – a type familiar to many in Ireland during recent referendums – is particularly critical. Dorsey tweeted that if issue ads weren’t included, they could offer politicians and parties a way to circumvent the ban. In the UK’s Brexit campaign, many such ads were shown to have eluded legal requirements to be clearly labelled as political advertising, indicating a need for better regulation, too.

Elect Check 2019, a report on Irish online political advertising from Dublin City University’s Institute for Future Media and Journalism, found that data on ads, released by the platforms, was worryingly vague, making it hard to assess ads or impact. The report concluded that a lack of transparency of online political advertising was “a significant concern because online platforms have become a key means of accessing news and information”. In October, Facebook defended its policy on political ads by claiming, dubiously, that it was defending freedom of expression.

On Wednesday, Dorsey pointedly tweeted: “This isn’t about free expression. This is about paying for reach. And paying to increase the reach of political speech has significant ramifications that today’s democratic infrastructure may not be prepared to handle.” He’s right. Facebook and others should follow Twitter’s example.