The Irish Times view of the Dublin Bus network: Revisions and redesigns 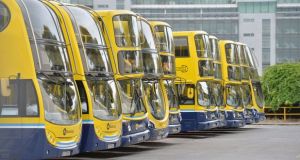 The National Transport Authority is not out of the firing line on its plans for the city’s bus service.

More than 50,000 people last year submitted their views to the National Transport Authority (NTA) on its plans for the redesign of the Dublin bus network. This indicates two things: bus users really care about their service and bus users really did not like the plans put forward by the NTA.

The NTA could be forgiven for being surprised. Surveys the previous year had indicated broad support for significant change to the bus service and a high level of backing for the principles of the strategy including consolidating the existing routes into high frequency “spines”, where a bus to the city might be further from you but would run more frequently, and that you might have to change buses to reach your destination.

These were the very things bus users railed against when the plan was published. Survey results showed that 60 per cent thought the redesign would make the service worse. The NTA had to respond. There would be no point in introducing a new service that no one wanted to use and certainly not one the majority of customers thought was worse than the congested, unreliable offering already available to them.

A large number of revisions have been made to the redesign, with almost every area seeing some change, including the reinstatement of services to housing estates and just 5 per cent of customers now having to change buses. The initial response has been positive, with politicians and bus workers welcoming the revisions. Another round of public consultations is yet to come so those who feel they’re still not getting what they want can make their views known again.

But while the NTA may have dodged one bullet, it is not out of the firing line on its plans for the city’s bus service. It is now wading through the submissions on the core bus corridors – the other major element of BusConnects – and if people had a reactionary response to rerouting their buses, it will be nothing compared to their reaction to taking away parts of their gardens or banning their cars or cutting down trees to create dedicated bus lanes.