The Irish Times view on attack on TD’s home: sounding the alarm 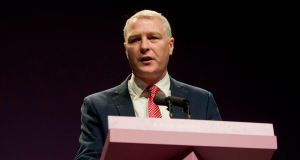 Regardless of the motivation behind a suspected arson attack on a car outside the home of Sinn Féin TD Martin Kenny, such violence against a public representative would be alarming. But if it is linked to Kenny’s support of asylum seekers in his locality, then it serves as a warning of the dangers the State faces from anti-democratic elements. Unlike most European states, Ireland has in recent years not seen the growth of far-right forces in its politics. Nor, with individual exceptions, have political parties pandered to nativist elements. That’s a credit to the generosity of the Irish people. But complacency would be a grave error.

So what can be done? First, Government must prioritise social integration. The successful absorption of newcomers in communities across Ireland has occurred without any particular official intervention. But a recurring lesson from the European mainland is that, for integration to succeed over generations, its policy dimensions – housing, healthcare, language provision and so on – must be at the heart of planning by all arms of state. Good communications are also vital. A running sore among communities that have raised concerns about asylum-seeker housing recently has been a lack of consultation. That must be addressed. Moreover, the State must play its part in actively challenging widespread misconceptions about immigration.

The second major policy plank must be zero tolerance of hate crime, racism and xenophobia. That means gardaí must use the powers they have while keeping track of the problem by gathering and releasing reliable data. It means fully supporting organisations that play important pedagogical roles, such as the Human Rights and Equality Commission. And it means the Oireachtas stepping up to tighten the laws. To that end, it’s welcome that the Government has embarked on a public consultation on updating the law on hate speech, and that it plans another on hate crime early next year. It would be a historic mistake to assume that this is a problem for the future. It’s a problem today – and one that must be confronted.