The Irish Times view on medicines: A need for vigilance 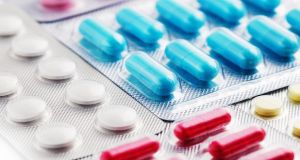 The Health Products Regulatory Agency (HPRA) has revealed an increase in the number of adverse reaction reports to medicines as well as a rise in product recalls and quality defects in 2018. With more than 250 Irish patients dying last year while on treatment with medicines where an adverse reaction had been reported, should we be alarmed?

Of some reassurance is the finding, in the agency’s annual report, that many of these patients had significant underlying illnesses and were treated with multiple medicines that may also have contributed to their deaths. In other cases, disease progression or other complications unrelated to the medicine were major factors in the person’s death.

The number of adverse reaction reports received by the authority last year more than doubled. It says the increase is largely accounted for by a new requirement to include non-serious reports of adverse reactions in addition to serious ones. Particular risk factors include age extremes, the prescribing of multiple drug types, co-morbidity and genetics. But in truth reporting of adverse drug reactions (ADRs) in the Republic has never been comprehensive. It is estimated that less than 5 per cent of all ADRs are reported in practice. A 2018 Irish study found that 43 per cent of hospital doctors and 35 per cent of GPs had never reported a suspected ADR.

ADRs occur in approximately one in 20 patients who are taking a medicine. Globally, they are an important cause of hospital admission and prolonged hospitalisation. Irish research from 2014 found that 8.8 per cent of patients had an ADR-related hospital admission; 57 per cent of these were considered potentially avoidable. ADRs result in an estimated in-hospital mortality of up to 4.5 per cent.

While any medicine can potentially cause an ADR, the most common drugs causing hospitalisations due to an adverse reaction include aspirin, warfarin, diuretics, psychiatric medication and anti-cancer drugs. Revised EU pharmacovigilance (the study of the safety of marketed drugs) legislation was implemented in 2012. It includes a facility for the reporting of ADRs by the general public. And it introduced additional monitoring status for certain medicines-indicated by the presence of an inverted black triangle symbol on the packaging of the drug.

According to the National Medicines Information Centre, by reporting ADRs healthcare professionals and patients can assist in identifying early signals, which may alter the benefit-risk profile of a medicine leading to prescribing restrictions or even withdrawal of a medicine.

Medication safety is an important patient safety issue. Working together, and with increased education, healthcare professionals and the public can do more to increase vigilance.