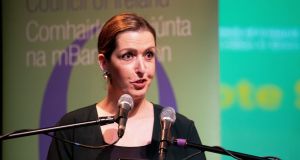 At the heart of the CervicalCheck screening controversy were two issues: allegations that smear tests had been negligently read in some cases; and a failure to disclose to women the results of audits carried out on the smear tests, after their cancer was diagnosed. A number of women initiated legal action against the laboratories that dealt with their smear tests, and the HSE. However, the prospect of seriously ill women having to take the stand in court in potentially protracted litigation was widely – and rightly – deemed unacceptable.

In August 2018 the then government sought an alternative and asked Mr Justice Charles Meenan to examine how such claims could be resolved outside of court. He proposed the establishment of a statutory tribunal. Minister for Health Stephen Donnelly told the Government this month that it should begin its work in the coming week. The move has been strongly criticised by the 221 Plus CervicalCheck patient support group. It maintains the Government has not taken on board its main concerns.

The group is worried about the adversarial nature of the tribunal. It has sought also that applicants who receive an award be allowed to return should they suffer a recurrence of their cancer. It also has concerns about the statute of limitations. The group argues the legal landscape has changed since the Meenan report emerged in 2018 on foot of two significant court cases.

The group maintains in one of these cases the Supreme Court found that the HSE was primarily responsible for the cervical screening programme and, consequently, it was no longer necessary for women to sue both the HSE and laboratories. Tánaiste Leo Varadkar told the Dáil the tribunal was being established in good faith. However, he said in some cases the evidence may not be clear cut and they could not deny a doctor or scientist the right to a defence.Donnelly is to meet the group shortly and it is imperative that serious efforts be made to find a resolution. In some areas this may be easier than others. If, for example, the State has accepted that women affected by the earlier Hepatitis C blood scandal can return to a tribunal if their health worsens, there would seem to be no reason why a similar policy cannot be adopted in relation to CervicalCheck.

There is really no point in establishing a tribunal to ease the pressure on women affected if it is done in a manner that leads many or most to boycott the process. There may be legal difficulties in establishing a tribunal that excludes laboratories. However, the Government should sit down with the women, set out its position and listen to their point of view. It is important to achieve an outcome that can be agreed by all. To achieve this objective, it makes sense to defer the commencement of the tribunal for a short period to facilitate further dialogue.