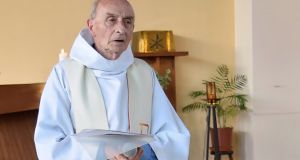 French authorities have undertaken a potentially explosive investigation into intelligence blunders that failed to prevent the murder of an 85-year-old priest during morning Mass at Saint-Étienne-du-Rouvray, near Rouen, on July 26th, 2016.

Mediapart reported on January 4th that the DRPP, the intelligence service of the Paris police prefecture, was following Kermiche’s voluminous output on social media. The Canard Enchaîné revealed on Wednesday that two other services, the SCRT, under the national police, and the DRM, under the defence ministry, also kept Kermiche under surveillance. Their warnings of an imminent attack were ignored.

The investigation into the intelligence failures is being carried out by the Inspectorate General of the National Police.

The failure to act is all the more shocking because Fr Hamel was murdered only 12 days after the July 14th truck attack that killed 86 people in Nice.

Kermiche had been ordered to wear an electronic ankle bracelet when he was released from prison in March 2016. In June, he set up an account through the encrypted Telegram application, under the pseudonym Jayyed. He posted 118 photos, three videos, 29 documents, 89 voice messages and 89 internet links. Kermiche even invited followers in Rouen to attend his courses in a mosque in Saint-Étienne-du-Rouvray every Monday, Tuesday and Thursday.

There are six main French intelligence services under the purview of three government ministries, and another seven specialised units under the control of the police, gendarmerie and prison system. At least four bodies are supposed to co-ordinate the fight on terrorism.

The DRM warning dated Friday 22nd was not read immediately because it was sent on the eve of a summer weekend, according to the Canard Enchaîné. The DRPP report on Kermiche’s real identity was held up because four of five officials who had to sign off were on holiday, and the fifth was too busy, according to Mediapart.

None of the alerts were read until the morning of Tuesday, July 26th, by which time Fr Hamel was dead.

At least two other warnings went unheeded. Jean-Charles Brisard, the president of the Centre d’Analyse du Terrorisme reported that a “watcher” filed an alert on the “Pharos” platform titled “Intentions of Adel Kermiche” during the night of July 18th-19th. Pharos was set up by the judiciary police to receive tip-offs from civilians and internet service providers.

As reported by Mediapart, US intelligence had intercepted a video made by Kermiche’s accomplice, Petitjean, which Petitjean sent to his “controller” in the former Islamic State “capital” of Raqqa.

Petitjean spoke undisguised, and threatened an imminent attack in France. The video was transmitted to French police nationwide on July 22nd, with the goal of identifying the young man. Though Petitjean was on the “S” list of suspected radicals, no one recognised him. The intelligence officer who was responsible for following him in his home region of Savoie was on summer holiday.