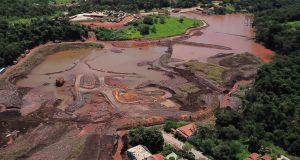 Brazilian prosecutors have charged 16 people – including the former CEO of mining giant Vale – with murder and environmental crimes over the collapse of a tailings dam which killed 270 people on 25 January 2019.

The charges were announced by state prosecutors in Minas Gerais days before the first anniversary of the disaster, which sent a torrent of liquid mining waste across the picturesque countryside, flattening Vale’s plant, offices and canteen, and killing guests at a nearby countryside guesthouse.

Vale’s former CEO Fabio Schvarstman and 10 other employees were charged, along with five employees of German company TÜV SÜD which provided reports saying the dam was safe.

Prosecutors said in a statement that there was a relationship of “pressure, collusion, rewards and conflict of interest between Vale and TÜV SÜD”. They alleged that Vale hid information about the dam’s instability to avoid hurting the company’s reputation, and TÜV SÜD issued reports saying it was safe.

“The object of these omissions was to avoid any negative reputational impacts to Vale that could affect its market value,” prosecutor William Garcia told reporters on Tuesday. “TÜV SÜD and Vale systematically concealed from society, shareholders and investors the real gravity of the situation.”

Police detective Eduardo Figueiredo praised the work of teams which recovered and identified the victims’ shattered bodies. “This was fundamental for the investigations,” he said.

In separate statements, TÜV SÜD, Vale and a representative for Schvartsman said it was premature to assign fault for the rupture, given that other prosecutorial bodies were still looking into the matter.

TÜV SÜD said it was “deeply affected by the tragic collapse of the dam” and added: “The causes of the dam breach have still not been conclusively clarified.”

Vale said it would review all the details of the charges, adding that it found the fraud accusation “perplexing.”

“It is important to note that other authorities are investigating the case and, at this point, it is premature to claim there was conscious assumption of risk to cause a deliberate breach of the dam,” the company said.

The Guardian reported in February that workers had repaired a leak at the dam months before it broke but Vale failed to alert staff or move a canteen or administrative centre destroyed by the tidal wave of mud. In an email comment, a Vale spokeswoman stated that “there was no leak in the dam”.

The charges come amid widespread frustration in Brazil over the justice system’s failure to punish anybody over a similar disaster four years earlier in the same state.

Another tailings dam operated by Samarco - a joint venture between Vale and BHP Billiton - collapsed in November 2015, killing 19 people and causing an environmental catastrophe. Prosecutors investigating the disaster have said Samarco was aware the dam was unstable, but so far, nobody has been convicted or imprisoned.–Guardian