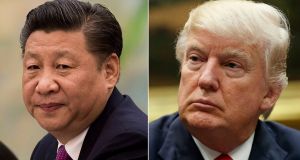 Chinese media said the first summit between President Xi Jinping and Donald Trump in Florida would emphasise stability, the Chinese government’s favourite term, with the focus on everything from tense trade issues to the increased strain of North Korea’s burgeoning nuclear ambitions.

“For those alarmed that uncertainties might arise from policy adjustments of the Trump administration, the meeting sends a positive and reassuring message that the two countries lay great stress on stability in their relationship,” the official Xinhua news agency said in a commentary.

The two-day meeting at the luxury Mar-a-Lago resort, beginning on Thursday, is a delicate one for Xi, who is used to closed-door sit-downs and will be keen to make sure the summit follows a carefully agreed, stability-focused script in order to maintain his stature at home.

Whether the mercurial Trump - who clearly dislikes the traditional diplomatic approach and has railed against China over trade in the run-up to the summit - is prepared to sign on for the choreographed approach remains to be seen.

The Xinhua editorial highlighted US-Chinese co-operation on areas such as terrorism and climate change.

“Accomplishments like these speak volumes about how beneficial a sound China-US relationship can be, not only to the two peoples involved, but the world at large. Co-operation has proved to be the right way forward,” it said.

North Korea is likely to dominate, and Pyongyang had the Trump-Xi summit in mind when it launched its latest ballistic missile from its eastern coast this week, in defiance of United Nations sanctions. Trump wants more action by China, while Xi will be keen to de-escalate tensions and slow down the process of dealing with North Korea.

“Based on the record of Trump’s approach to China so far we could say there are a lot of words but no action,” Ho-Fung Hung, associate professor of sociology at Johns Hopkins, told The Irish Times.

“Trump’s tweet or talk about the One-China Policy, designating China as currency manipulator, etc are all very controversial that defy all conventions regarding US-China relations. But the reality of US-China interaction under Trump so far is nothing new and all is sticking to the script,” said Hung, author of The China Boom: Why China Will Not Rule the World.

“Having that said, North Korea is really of immediate concern provided with the frequent missile tests and cross-border assassination by North Korea, and as Trump indicated it is going to be a focus, besides trade issues,” said Hung.

Politically, trade is likely to be a strongly divisive issue at the summit.

The Chinese economy is growing more slowly than before, and Xinhua pointed out the strong economic ties between the world’s two biggest economies, as a reminder perhaps that the US has a lot to lose in any trade war between the two.

Trump has singled China out as a currency manipulator and accused the country of “raping” the US economy, taking away jobs with its cheap labour. He has threatened to impose a 45 per-cent tariff on China and last week tweeted that the meeting would be “very difficult” because of trade.

At home Xi is keen for the summit to give a message of continuity, as the autumn will see the 19th Communist Party congress, during which the president, party secretary and head of the army will further strengthen his grip on power.

“The two countries have extensive shared interests as well as underlying disparities which, if not addressed, could lead to confrontations,” wrote Yang.