Scouting scandal: ‘They abused the kids in every way they could’ 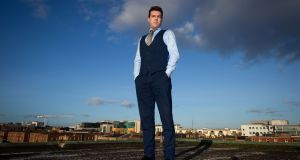 Solicitor Daniel O’Connell says that all bar two of his scouting abuse clients were male, and most were aged between 45 and 60 years of age. Photograph: Tom Honan

Accounts from 30 victims who allege they were molested as children by scout leaders paint a “graphic” picture of abuse, according to a lawyer representing the victims.

Daniel O’Connell of Coleman Legal Partners, a firm specialising in abuse cases, said based on statements from his clients, the alleged perpetrators “abused the kids in every way they could”.

“It ranged from digital rape, oral rape, penetrating kids, interfering with them, fondling them, forcing the children to fondle them,” he told The Irish Times.

These details of alleged abuse tally with information from Scouting Ireland’s ongoing internal review, according to sources familiar with the review.

Details from the work has suggested information was covered up, and alleged perpetrators were permitted to move between groups.

Mr O’Connell, originally from Co Kerry, has worked at the Dublin-based firm for the last five years, primarily representing clients in cases related to faults with medical implants.

He said all bar two of his scouting abuse clients were male, and most were aged between 45 and 60 years of age.

“They all did typically the Irish male thing and they never told anybody when it happened … just bottled it up,” he said.

Following media scrutiny of safeguarding standards in Scouting Ireland over the last year, many victims decided to come forward. The final number of abuse victims could be well over 400, Mr O’Connell said.

“It takes these guys a while to get to grips with it, and it takes them even further to realise ‘I am going to deal with it, I’m going to give someone a call’,” he said.

One of the core pillars of the scouting law is “a scout is loyal” and this culture of loyalty was one reason victims did not speak out about their abuse until decades later, Mr O’Connell said.

“When they were teenagers, maybe a few years after the abuse, that kind of connection they had with scouting also inhibited them … they felt like they were ratting on their own family.”

He said most of his clients’ alleged abusers were now dead, with several in prison on abuse or sex-crime charges, and others were very elderly. Some of his clients allege they were abused by the same perpetrator.

Mr O’Connell said he had recently started to send “letters before action” to Scouting Ireland, essentially the “opening gambit” of a legal action. He said if every case went through the legal system, the result would be a “very expensive and long process” for all sides.

“I think the quickest way to deal with them would perhaps be some sort of a scheme, something that’s non-adversarial,” he said.

Scouting Ireland officials have privately said they do not have the resources for a redress scheme, but are financing a compensation fund, to pay for limited counselling sessions for alleged victims.

Mr O’Connell said counselling fell short of justice, given the lifelong impacts the abuse had on many victims.