Thinking Anew – Words that do not hurt but heal 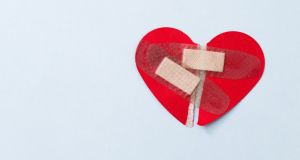 These words of Fr Henri Nouwen have a special relevance at this time when there seems to be so much anger and frustration on the airwaves and especially in what is called social media. People of difference, especially of race, religion or gender, are often singled out for abuse and what is particularly disturbing is that reckless politicians seem only too willing to take advantage of the situation.

In a recent speech marking Holocaust Memorial Day, President Michael D Higgins warned: “We also know the huge depths of depravity and evil that can emerge from hatred, prejudice and intolerance; the terrible inhumanity that can surface and the genocide that can be unleashed when a dangerous ideology is allowed to flourish, when the pursuit of that ideology including the mass murder of those perceived to stand in its way, becomes official state policy.”

Christianity acknowledges as fact the “depravity and evil” mentioned by the President but it goes further. In his book Christian Doctrine, John S Whale, historian and theologian, finds in an Old Testament story an explanation true to human experience: “Eden is on no map, and Adam’s Fall fits no historical calendar. ...The Fall refers not to some datable aboriginal calamity in the historic past of humanity, but to a dimension of human experience which is always present – namely, that we who have been created for fellowship with God repudiate it continually; and that the whole of mankind does this along with us. Every man is his own ‘Adam’, and all men are solidarity ‘Adam’. Thus, Paradise before the Fall, the status perfectionis, is not a period in history, but our ‘memory’ of a divinely intended quality of life, given to us along with our consciousness of guilt.”

Tomorrow’s readings take up the theme. From the Old Testament we engage with the prophet Isaiah as he faces his own demons. He has a vision of God and is overwhelmed by the absolute holiness and overwhelming power of the divine. With that comes the realisation of just how flawed and inadequate he and everybody else is: “Woe is me! I am lost, for I am a man of unclean lips, and I live among a people of unclean lips...”

There is a similar incident described in the gospel reading where Peter feels unworthy in the presence of Jesus: “But when Simon Peter saw it, he fell down at Jesus’ knees, saying, ‘Go away from me, Lord, for I am a sinful man!”

Both men despite their limitations become bearers of God’s message of truth and justice. There is a direct connection between the experiences of Isaiah and Peter and the challenge facing Christians in today’s confused and often dishonest world. At every opportunity we must challenge the lies, the propaganda and the misinformation put about by those who promote fear and division among people in the service of hate-filled bigotry and blind prejudice.

But as with Isaiah and Peter we must begin with ourselves and where we are, as Thomas Merton argues in Disputed Questions. While acknowledging evil for what it is, he maintains that the beginning of the solution is found within each one of us: “Here is the great temptation of the modern age, this universal infection of fanaticism, this plague of intolerance, prejudice and hate flows from the crippled nature of man who is afraid of love and does not dare to be a person. It is against this temptation most of all that the Christian must labour with inexhaustible patience and love, in silence, perhaps in repeated failure, seeking tirelessly to restore, wherever he can, and first of all in himself, the capacity of love and understanding which makes man the living image of God.”

We can all choose “words that do not hurt but heal” within our families, among friends and in the workplace.

It’s not always easy, but as the advertisement says, every little helps.