Thinking Anew: ‘Everybody has something to give’ 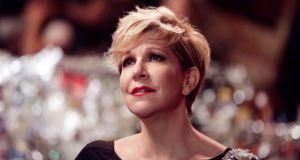 From early times the church calendar has set aside special seasons for prayer focused on vocations and ordination. These are known as ember days, and while the exact origin is uncertain it is thought that they may originally have been pagan festivals. There are four such seasons one of which is observed around the time of Holy Cross Day, September 14th.

One recent ordination that attracted media attention was the ordination to the priesthood of the Rev Trevor Sargent, which took place in Waterford Cathedral on September 8th. Trevor Sargent previously had distinguished careers both in education and politics, being first elected to the Dáil in 1992 and representing the Green Party. He later served as a government minister, but perhaps what brought him first to public attention was his courageous and costly stand against planning corruption while a member of Dublin City Council.

His ordination reminds us that God still calls women and men to ministry who live by what they preach. It is good to be reminded of that at a time when ministry has been so devalued and even betrayed at all levels.

Another former government minister was ordained recently but in a different place and from a very different background. Jonathan Aitken was ordained deacon in July by the newly appointed bishop of London, Sarah Mullaly. Aitken is a former member of the British parliament and onetime cabinet minister. However, he was convicted of perjury in 1999 following a civil action case and was jailed for 18 months.

As his world collapsed and many deserted him the church he was attending stood by him and, as he would later acknowledge, rescued him: “When I first joined the congregation of St Matthew’s in 1997, life was far from joyful. I was trapped in a self-inflicted downward spiral of disasters which I have described as disgrace, defeat, divorce, bankruptcy and jail. I was clinging by my fingertips to faith and occasionally to life itself. But the love and shared faith I found (there) helped me to steer through the encircling gloom.”

The Rev Jonathan Aitken, ex-convict, will serve as an unpaid prison chaplain. No doubt there will be sceptics who will question his motivation but as Bishop FR Barry points out in his book Vocation and Ministry, “vocation is not the exceptional prerogative of a few especially good or gifted people . . . All men and women are called to serve God.”

The bishop also reminds us that the ministry of the laity is important too, a fact easily overlooked in churches where clericalism reigns.

Laypeople have extraordinary gifts to offer as we see in the witness of Joyce Flaherty, a member of an Irish-American family living in Kansas. She is better known as Joyce DiDonato, the internationally acclaimed mezzo-soprano, and on a recent visit to London, where she was performing at the Proms, she talked about her upbringing and her career. She said that vocation “with a capital V” was always on the agenda at the family table.

With that in mind she began her career as a music teacher but quickly opted for the singing career that has made her an international star.

Significantly for her, opera is not an elitist escape into a fantasy world but rather a coming to terms with life’s greatest joys and deepest sorrows.

One of those prisoners, encouraged by her, composed an opera on the theme of forgiveness.