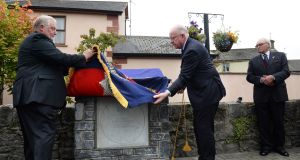 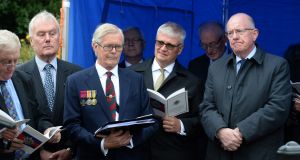 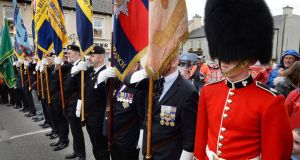 Protestants have been given direct assurance by Minister for Justice Charlie Flanagan that there will be “careful planning and most sensitive handling” of centenary commemorations over the next five years.

It followed comments by Church of Ireland Bishop of Cork Paul Colton that “among some in our Church of Ireland community (and I’m sure they are not alone) the commemorations [of the War of Independence and the Civil War] are anticipated fearfully and with a certain dread,” he said.

The bishop called for “careful thought and even more careful and sensitive commemoration. This country has to be cautious about how it goes about commemorating events of 100 years ago. Memories are still raw.”

Speaking on Tuesday, the Minister said, “I agree with Bishop Colton. As Minister for Justice and Equality, I wish to assure Bishop Colton and communities of careful planning and most sensitive handling of these events. In this context it is fair to acknowledge that the 2016 events were well received and we will strike the same sensitive note for future events.”

Mr Flanagan was speaking in Rathdowney, Co Laois, where he unveiled a plaque to commemorate the bravery of local man Lance-Sgt Jack Moyney of the Irish Guards who was awarded a Victoria Cross following the Battle of Passchendaele 100 years ago.

Among the attendance was British ambassador Robin Barnett, author and former Sunday Times columnist Kevin Myers, as well as members of the Irish Guards Association and the Royal British Legion.

Mr Flanagan said: “Shamefully as a State we lost our memory of Ireland’s involvement in the first World War once we achieved our independence. Events such as this in Rathdowney help us recover our memory of that period of history. I am proud that as a nation we are now embracing the past in a more inclusive and generous way. In so doing, we are merely facing up to reality.”

The unveiling marked the centenary of Jack Moyney’s heroic actions as a then 22-year-old member of the Irish Guards in Belgium on September 13th, 1917, when, after holding out in enemy territory for 96 hours, the Rathdowney native led his 15 men in a charge through enemy ranks to safety.

Mr Myers recalled interviewing Jack Moyney in 1979. “He was embarrassed by his Victoria Cross. He said, ‘I was an Irish Guards soldier, I did my duty’,” Mr Myers said. At first, Mr Moyney was reluctant to talk because he suspected Mr Myers “might be an agent of the IRA. He said to me, ‘You have no idea what it was like to be ex-serviceman after the war. So many of us were hunted down.’ I wasn’t quite sure what he meant. He said the only reason he felt he survived was because he had a Victoria Cross. Certainly many men were killed at that time.”

Describing it as a great day for Rathdowney, the Moyney family and a privilege for himself, Mr Myers welcomed the fact that sections of Irish society were able to come together “in the comparable knowledge that all of us are different aspects of the Irish nation”.

Jack Moyney’s grandson, John Moyney, recalled his grandfather’s warm nature and modesty. He said his grandfather agreed with the ideals of the 1916 Rising and had said, “They were some brave fellas involved in that 1916 Rising.” He noted his plaque is now located beside a 1916 memorial on Mill Street in Rathdowney. The ecumenical service and unveiling ended with the laying of a wreaths at the Victoria Cross stone and plaque.