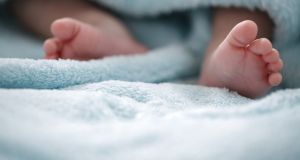 ‘The first 12 months of a child’s life is a particularly vulnerable time in terms of both of physical and psychological development.’ Photograph: iStock

Tusla, the Child and Family Agency, obtained more emergency care orders for babies aged less than 12 months old than for any other age category among children in 2017.

According to new figures from Tusla in 2017 it obtained 150 such orders for children at risk under the age of 18 nationwide.

Emergency care orders are sought by Tusla when it believes a child is at immediate risk. They last up to eight days, at which point Tusla is required to return to court to seek an interim care order, a longer running order, or return the child to its parent or parents. Orders made in relation to newborns are often related to a mother’s drug use.

The figures, provided in response to a Freedom of Information request, show that of the 150 orders obtained, 30 – or 20 per cent – were obtained in the courts for children aged less than one year old.

The highest number of orders across all age categories among children were obtained in Cork and the midwest in 2017, with the numbers of orders in those areas outstripping those obtained in Dublin.

The figures show 39 orders were obtained for children up to 18 years of age in Cork city and county with the Midwest made up of Limerick, Clare and North Tipperary totalling 27.

The comparatively high numbers for Cork and Limerick compare with 20 for Dublin in the same period.

Other areas to record double figures include Louth-Meath (14), Carlow-Kilkenny-South Tipperary (13), Donegal (10) and the midlands (10).

Some areas had recorded no emergency care orders for children in 2017, including Galway-Roscommon, Mayo and Dublin southeast-Wicklow.

The figures show that children aged under five accounted for 55 per cent of 76 orders made in 2017 – the latest annual figures that are available.

Along with the 30 emergency care orders for babies under 12 months, 13 were obtained for one-year-olds, 12 for two-year-olds, 11 for three-year-olds and 10 for four-year-olds.

Barnardos chief executive Suzanne Connolly said on Monday: “In our experience, Tusla does not apply for, and the court does not grant, an emergency care order without justifiable reason to be concerned about the child’s welfare and protection.

“Factors taken into account when making such a decision are based around a real concern about the safety and welfare of a child,” she added. “This can include parental issues with chronic addiction, chaotic lifestyle and serious mental health difficulties.

“The first 12 months of a child’s life is a particularly vulnerable time in terms of both of physical and psychological development, and the decision to implement an emergency care order is not taken lightly either by Tusla or the courts.”

She said Barnardos provides family support services to parents referred by Tusla who are experiencing some of the issues outlined.

“We work with parents and Tusla social workers to ensure the safe return of children to their parents’ care where possible.”