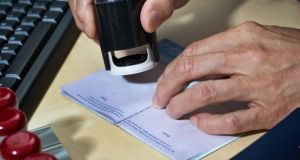 Under the new system, eligible spouses and de facto partners will be granted immigration permission with an automatic right to work.

A new streamlining system will make it easier for the non-EEA partners and spouses of critical skills employment permit holders to apply for work in Ireland.

The Department of Business, Enterprise and Innovation (DBEI) confirmed on Wednesday morning that the partners of critical skills permit holders would be able to access the Irish labour marker “without the need to obtain an employment permit” and that the change would “streamline existing processes” and result in “a more attractive offering for both investors and international talent”.

The critical skills employment permit was introduced to attract highly skilled individuals to Ireland. One of the main benefits of the permit was that it allowed the holder to bring their immediate family with them to Ireland. However, the existing system had created a number of barriers and resulted in long delays for partners also seeking to enter the Irish workforce.

Under the new system, eligible spouses and de facto partners will be granted immigration permission with an automatic right to work. They will be given permission to reside in Ireland on Stamp 1 conditions which allows direct access to the labour market without needing to obtain an employment permit.

The Government has also announced a new preclearance arrangement for these partners which allows them to apply for their Stamp 1 visa before arriving in Ireland. “This will provide certainty to applicants in this category prior to their arrival in the State and make the immigration process as straightforward as possible both at arrival at the port of entry and on registration of their immigration permission.”

Ireland was one of the only countries in the EU which did not allow spouses or partners of highly-skilled workers to have direct access to employment and self-employment.

Minister for Business Heather Humphreys admitted that the current system was “administratively cumbersome and, in many cases, has acted as a barrier to these people securing work here. This is not what was intended when the policy was developed and the process put in place.”

In order to attract the best and brightest to work in Ireland, the State must also offer an attractive range of benefits to the applicants’ families, said Ms Humphreys, adding that the changes would affect about 1,000 spouses and partners each year. She noted that research had found that skilled foreign nationals, who had left the country earlier than planned, often did so because their partner could not find work. “This small change will make a big difference in terms of Ireland’s offering to both investors, and international talent.”