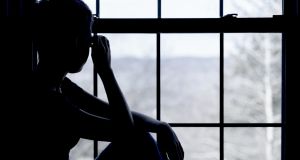 ‘If you are a family squeezed into one room in a hotel, the children and the parents are under huge additional stress.’ Photograph: iStock

Rachel Morgan, team leader with the family homeless action team at Focus Ireland, said that although all parents can find keeping children occupied through long school holidays “challenging, even in a house with multiple rooms and a garden”, for homeless parents the pressures are amplified.

“In a family hub, as opposed to a hotel, things are a little bit better”, as families have access to play areas and cooking facilities.

“But if you are a family squeezed into one room in a hotel, the children and the parents are under huge additional stress.”

The most recent data, for May, showed there were 3,826 children in emergency accommodation. In Dublin there were 2,771 homeless children, of whom 1,700 (61 per cent) were in hotels or B&Bs.

In all, 719 children in Dublin were in hubs and 352 were in other supported emergency accommodation. Outside Dublin most of the 1,055 homeless children were in hotels or B&Bs.

The most pressing daily issue facing families placed in hotels and B&Bs is getting out of the room for a few hours. However, depending on the location of their accommodation, the greatest barrier can be the cost of transport, says Ms Morgan.

“If you are in hotel, say out on the Malahide Road with three or four children, even getting to the park and back could be €10 or €15 in bus fares.”

For a family without cooking facilities, who may have to buy take-out meals, such costs could make a simple day out prohibitively expensive.

Repeated calls at the Oireachtas Committee on Children earlier this month, for free public transport for all homeless families throughout the year, are echoed by Ms Morgan and by homeless families.

Although the Dublin Region Homeless Executive and the National Transport Authority administer the free Leap cards for Dublin’s homeless children during school term, the scheme is led by the Department of Housing, which said it was “for essential school journeys . . . for children in the Dublin region”.

A spokesman added: “The department is currently examining the extension of this arrangement for August” – though did not mention Christmas, Easter, midterms or homeless children outside Dublin.

Ms Morgan stresses the “massive efforts” put in by child support workers and family case managers – particularly in hubs – to provide activities for children through summers, and she praises support from bodies such as the GAA and Let’s Go camps, which provide “great value” to homeless children’s carers.

Allison Aldred, chief executive of Good Shepherd Cork, which operates a family hub and supported emergency accommodation for families in the city, echoes Ms Morgan’s call for simple measures that would make “a huge difference”– such as children’s cinema vouchers or vouchers for Dublin Zoo or Fota wildlife park – during holidays.

The Oireachtas committee also heard a call from TD Anne Rabbitte to the Office of Public Works to provide “heritage cards” to all homeless families so they could visit for free its hundreds of sites. A spokesman said the OPW had not had a formal request for this so had no plans for such a scheme. He added that just 45 of its sites were fee-charging and children under 12 could visit these for free.