Foster families: ‘They have no idea how much they saved me’ 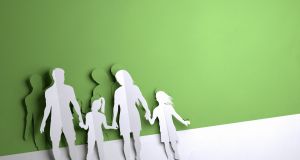 ‘I dug myself out of the depths of despair and self-pity to now have an amazing friendship with my foster parents.’ Photograph: iStock

Shauna Armstrong, a final-year law student in NUI Maynooth, said that although being in foster care was a challenge at times, she believes the system saved her life.

However, the current number of foster care families is resulting in delays in children being placed in homes and foster families being requested to take in additional children, the Irish Foster Care Association (IFCA) said.

Ms Armstrong said that as a child she blamed herself for the abuse she endured before she was taken into care.

“I was an eight-year-old who was sexually abused, brutally beaten, starved, emotionally and physically scarred. I still believed that it was somehow my fault. I hated myself. I didn’t want to be here so I started to self-harm and became suicidal,” Ms Armstrong said.

“With the help of the brilliant people around me, I dug myself out of the depths of despair and self-pity to now have an amazing friendship with my foster parents, Mary and Gary; my social worker, Cleatus; and after-care worker, Eithne.”

She added: “With the help of these amazing people, and the entire team behind the scenes, I’m now able to support myself and give myself the life that was cruelly taken from me as a child. They have no idea how much they saved me.”

Ms Armstrong was speaking at the launch of Tusla’s National Fostering Week, which aims to dispel misconceptions about who can be a foster carer and encourage people from all walks of life to consider providing a stable home to a child in the system.

Speaking at the event, Catherine Bond, chief executive of the IFCA, said she was “acutely aware” of the need for foster carers.

“This is where the role of a foster family comes in, and without new foster carers coming forward to care for these children, sadly some children’s move into foster care can be delayed and in some instances the existing foster carers may be requested to take additional children into their family home.”

“There are 6,000 children in care in Ireland today. We have, by international standards, achieved an immense success, by virtue of the fact that 92 per cent of those children are with foster carers,” Mr Gloster said.

“Thankfully, in our almost 4,000 foster care settings, we have 1,100 people who are relative carers – people who step in, their extended family, to provide that support. Thankfully, we have such wonderful diversity, such a redefined view of what family is.”

Lord mayor of Dublin Paul McAuliffe, who opened the meeting in the Mansion House, said fostering made an “amazing impact” on society.

“We all know what a child needs,” he said. “Without foster carers there would be many children desperately in need. They are the unseen heroes in our city.”