Childcare workers and some lone parents dismayed at €94m package 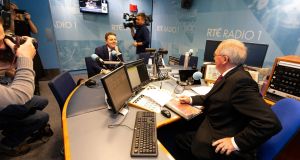 A broad welcome for increased childcare entitlements was offset on Wednesday by disappointment among childcare workers and some lone parents following publication of the Department of Children’s €94-million package.

Siptu, the main union representing childcare workers, will “escalate” its protests against low pay which it says have not been addressed in Budget 2020.

Separately, Spark (Single Parents Acting for the Rights of our Kids) said thousands of lone parents would lose out on opportunities to take up training and employment under the new National Childcare Scheme (NCS) as programmes which suit them better were closed.

Minister for Children Katherine Zappone said the new NCS, which opens this month, was “a landmark moment for making high-quality childcare more affordable and more accessible to many families”. Under the scheme, most families will benefit – and even more so from September 2020. While per hour subsidies are universal for all families with children under three, for those with children between three and 15 they are means-tested.

Families whose net income is below €26,000 will be entitled to maximum rates, decreasing as income increases, up to a maximum net income of €60,000.

“For working parents with a net household income of less than €60,000 and whose children are attending the Early Childhood Care and Education (ECCE) which is free, the NCS will provide them with 25 hours of childcare subsidies during term time for a wrap . . . and 40 hours during non-term time.

Concerns raised by lone parents of primary school children had been “listened to”, she said.

Groups said some of these parents participating in certain employment and education schemes benefited from highly subsidised after-school care, under the Community Employment Childcare Programme (CECP). The maximum cost is €15 a week.

Under the new scheme, the CECP is closing. All after-school care will be subsidised by at most €63.75 per week.

With most after-school care costing about €145 a week, according to Spark, these lone-parents’ will have to contribute more than €80 a week, significantly more than €15.

“That is just not going to be sustainable for lone parents trying to escape poverty,” said Louise Bayliss, Spark co-ordinator.

Ms Zappone said she had secured additional funding to allow these parents remain on their current schemes until September 2021.

While welcoming this, Ms Bayliss said it was “kicking the can down the road” and would not address the childcare needs of lone parents coming up behind those currently on the CECP.

Siptu said an opportunity had been “missed” to “support decent pay” for childcare workers whose average wage was €11.18 an hour, “well below the living wage of €12.30”.

Ms Zappone said she “fully supports” the aims of childcare workers to achieve higher wages and she hoped Siptu would soon have enough members in the sector to apply to the Labour Court for a sectoral employment order setting minimum rates of pay.

This would give her department “leverage” in arguing for greater investment to support higher wages.