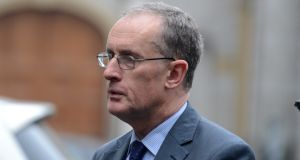 The Department of Housing owed €182 million to Dublin City Council in March 2019, mainly for homeless services and housing capital projects, a report from the local Government auditor shows.

The Government owed Dublin City Council €148 million at the end of 2018, according to the latest report from the Local Government Audit Service. This was mainly in relation to repayment of housing services, including €34 million for homeless services and €87 million for housing capital projects.

The local government auditor took the unusual step of noting that, by March 2019, the amount owed by the Department of Housing to the city council had not declined, but had risen to €182 million.

In a note on the auditor’s report, Dublin City Council chief executive Owen Keegan said “claims are regularly submitted to the Department of Housing, Planning and Local Government and actively followed up”.

The auditor noted the council has assets of €10.8 billion, of which €6.1 billion were housing assets

“Securing funding for all monies expended is a priority for Dublin City Council,” he added.

The audit also noted the council was owed €27.7 million arrears of rates, a further €27.8 million in rents and annuities and €9.1 million in housing loans at the end of 2018.

The auditor noted the council has assets of €10.8 billion, of which €6.1 billion were housing assets.

Now, Dublin City councillor Daithí Doolan, a former chairman of the council’s Strategic Housing Policy Committee, is to ask council management for an up-to-date report on monies owed to it by the Department of Housing and Planning. Cllr Doolan wants the report in time for February’s full meeting of the city council.

He told The Irish Times it was clear the council was “being held to ransom” in terms of the large amounts of money outstanding from the Department of Housing and Planning.

He said: “Consecutive ministers including the current Minister have always said ‘money is not an issue’ in relation to dealing with housing and homelessness.”

But Cllr Doolan said it was clear that “when it comes to paying, there is an obstacle. It seems to be okay to hold Dublin City Council to ransom.”

It is like a bad joke. They do not seem to appreciate that housing is a life and death issue

While he said he accepted the money would eventually be paid, the council was held to ransom because it could not say it was postponing work because the finance had not arrived. “I blame the mandarins in the Department of Housing and Planning. It is a highly bureaucratic procurement process leading up to a contract being offered. It is like a bad joke. They do not seem to appreciate that housing is a life and death issue,” he said.

The Department of Housing and Planning was asked for a response and one is expected. Attempts to contact the current chair of the council’s Strategic Housing Policy Committee, Cllr Alison Gilliland, were unsuccessful.