Charity chief executive to challenge regulator’s findings on payments of €84,000

‘I do not believe I have been given a fair hearing,’ says Barbara Flynn of Ataxia 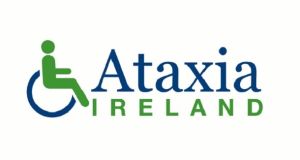 The inspectors found that Ataxia Ireland’s chief executive did not inform the charity’s other trustees of the existence of the €84,009 payments to her parents as trustees

The chief executive of Ataxia Ireland has rejected key findings of a Charities Regulator report and is to seek a judicial review.

Barbara Flynn described the report, commissioned by the Charities Regulator into Ataxia Ireland, as “fundamentally flawed’’.

She said any suggestion she had not adequately safeguarded the interests of Ataxia Ireland was “an unjust attack on her good reputation and professional standing.’’

She also said inspectors ignored evidence that all the expenses incurred by the charity were legitimate and that there was no misappropriation of funds.

In its report published last July, the regulator said it had written to the trustees of Ataxia Ireland CLG asking them to find out whether payments of €84,009 made to the two founding former trustees, Ms Flynn’s parents Tim and Clare Creedon, were recoverable.

Inspectors for the regulator found that the payments, made between January 2008 and April 2016, “were contrary to the Revenue’s stated position” that trustees should carry out their duties without payment other than reasonable out of pocket expenses.

Ataxia Ireland was set up in 1980 by the Creedons to support people and families living with Friedreichs Ataxia, a genetic and progressive disorder of the central nervous system.

In November of last year, the regulator appointed two inspectors to investigate the affairs of Ataxia Ireland after being notified of concerns. It was the first time such powers were used by the regulator.

The inspectors found that Ataxia Ireland’s chief executive did not inform the charity’s other trustees of the existence of the €84,009 payments to her parents as trustees and that these payments were in conflict with the Revenue’s stated position on trustee remuneration.

The report said “the two founding trustees did not disclose to the wider management committee that served between January 2014 and mid-2015 details of any payments they received.”

The inspectors also found the charity had further paid the employee pension contributions of the chief executive, some €38,500, and another staff member, some €900, rather than deducting these from their salaries, a practice the inspectors said “began in July 2010 and was not identified until October 2016”.

In a statement on Monday, Ms Flynn said the inspectors ignored evidence that all the expenses incurred by the charity were legitimate and there was no misappropriation of funds.

She also claimed the report failed to give due weight to statements made by several Ataxia Ireland committee members that they knew of payments to her parents.

“I co-operated fully with the inspectors as they acknowledge. But I do not believe I have been given a fair hearing. That is why I have now instructed PC Moore Solicitors to go to the High Court to challenge the report’s findings by way of judicial review and to vindicate my reputation,” she said.

“Of greater concern is the on-going damage that is being done to the charity and the essential services that it provides to members. As a result of this investigation, the charity’s funding has been impacted and it is rapidly running out of resources,” she said.