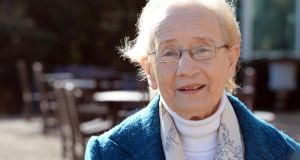 Catherine McGuinness said it was not a good idea to have children “pushed back to being a sidekick in some department”. File photograph: Eric Luke/The Irish Times

Retired Supreme Court judge Catherine McGuinness has said she was “horrified” at a proposal to do away with the portfolio of Minister for Children.

Ms McGuinness said if there is not a full Minister for the role it will be hard to get support and resources.

She told RTÉ’s Morning Ireland radio programme on Thursday that repeated reports, going back to the Kilkenny report in 1993, had highlighted that children had not been given a central part in the government’s work.

Ms McGuinnes said it was not a good idea to have children “pushed back to being a sidekick in some department”.

She said she had heard that the portfolio of children could become part of the Department of Education, which was already a busy department and would become even busier in the future while dealing with Covid-19.

There was too much to do and important planning had been undertaken by the Department of Children since it was formed in 2005, she said.

“If there isn’t a Minister for Children at the Cabinet table, there is less of a strong voice for children,” she added.

Ms McGuinness said it is a sector that needs lots of development and resources and there was a strong need for a rebuilding of the system. “The voice of a junior minister is not the same as a full minister,” she said.

It would be extremely difficult to put children at the centre of government deliberations without a full Minister, Ms McGuinness added.

Minister for Children and Youth Affairs Katherine Zappone has said proposals to scrap the department represent an “exceedingly regressive move”.

“And I don’t think it would fit well with a programme for government that purports to offer a new vision for Ireland’s recovery from the negative impact of this pandemic, especially for children and families,” she told RTÉ radio on Wednesday.

Ms Zappone, who lost her seat in the last general election, said a Minister for Children at the cabinet table represented a “progressive response” to the inclusion of children’s rights into the constitution.

“To eradicate this role I think would bring Ireland back to an era where children are seen and not heard,” she added.