Major gains are expected from the emergence of personalised medicine, care specifically tailored to match your genetic make-up 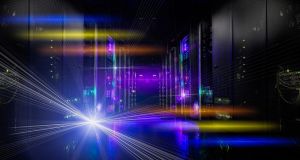 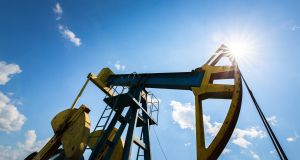 Supercomputers look set to improve medical practice to such a degree that our life expectancy could go up between five and 10 years.

This optimistic view is held by Prof Jean-Christophe Desplat, director of Ireland’s supercomputer HQ, the Irish Centre for High-End Computing.

The centre provides access to some of the most powerful computers in Ireland and the expertise needed to get the most from them.

Ichec recently celebrated its 10th anniversary and is a busy place for its 30 or so staff, says Prof Desplat. It typically sees 50 to 60 users a day and had 450 active users on its books for 2016.

It is based at NUI Galway and has computer hardware on the Galway campus and the Telecommunications Software and Systems Group data centre at Waterford Institute of Technology.

Ichec formed in 2006 to meet a growing need for a different class of processing in the high performance arena.Its initial six staff collaborated mainly with academic researchers in the early days but now industrial users represent a large fraction of all those making use of the centre.

The services provided have also evolved, with the expected computer experts but now joined by project managers, software engineers, risk analysts, data analysts and others. “We have all the different competencies put together. We are problem solvers,” says Prof Desplat.

A regular computer carries out operations very quickly but it is standing still compared to what a supercomputer can do. Its relative speed is measured in flops, floating-point operations per second.

The current fastest supercomputer in the world is the Sunway TaihuLight, built and installed in China. It contains 10.65 million linked processors or cores and can carry out about 100 thousand million million floating-point operations per second.

Our current fastest computer bought in 2013 for €3.7 million is called Fionn (from Fionnachtana, Irish for discovery, and Fionn Mac Cumhaill). It can perform 147 million million floating-point operations per second and has almost 8,200 processor cores.

This is nowhere near the power of the biggest systems, but still allows us to participate in research and development powered by supercomputer.

The idea that a computer could deliver an increase in life expectancy arises for a number of reasons, Prof Desplat says. Major gains are expected from the emergence of personalised medicine, care specifically tailored to match your genetic make-up. This will be driven in the not too distant future by “deep artificial intelligence learning” run on a supercomputer. These will also deliver faster more accurate early diagnosis, he says.

These computers are used in a variety of ways, from weather forecasting and climate modelling to energy usage modelling, statistical processing and seismic analysis when prospecting for oil and gas.

Working with the Sustainable Energy Authority of Ireland and Met Éireann, Dr Paul Nolan, a computational scientist at the centre, used decades of rainfall and wind measurements to predict rainfall levels and wind estimates across the island of Ireland. This highlights the most advantageous places to install wind turbines and separately, areas that might be more at risk of flooding.

The modelling is getting so powerful that soon he will be able to analyse this and also soil moisture and chemical make-up down to the level of a single field, he says.

The Irish Centre for High-End Computing is also Ireland’s contact point for Prace, the Partnership for Advanced Computing in Europe. Its 27 members share access to supercomputer systems and software and can share data sets for research, explains Emma Hogan a data analyst and public sector liaison at the centre.

She sees how access to supercomputer facilities supports academic research and better ways of working within the private sector. “We see the impact on the ground,” she says.

Met Éireann used the facilities at the centre to run its numerical weather predictions software and also improvements to make the models run faster, says Sarah O’Reilly, head of technology with the forecaster.

This is about to change however because Met Éireann is moving away from numeric to probabilistic forecasting systems.

A close working relationship continues between the two bodies in climate modelling, says Prof Desplat but Met Éireann will now be getting its forecasts processed in the UK. He puts this down to “chronic underfunding” of the centre and its activities.

Yet Ichec is an essential part of the national research infrastructure and is needed in support of academic and private sector research. “The problem is there is no data management strategy, leaving people working in silos,” he argues.

Ichec’s clients at home and abroad

The Irish Centre for High-End Computing has a long client list of companies based here and abroad, providing them with crucial data needed to run their businesses.

Tullow Oil Ltd is a long-term client company that uses Ichec to analyse seismic data in the search for oil and gas.

Its connections with Ichec are important, he says. “We have a strong working relationship with Ichec and a key part is access to the people.”

DataDirect Networks is another client company using the centre’s expertise. California-based, it provides storage facilities for 70 per cent of the 100 fastest supercomputers in the world, says John Sheahan, head of regional sales.

It set up a collaboration with Ichec for a range of projects. One was for Saudi Aramco where Ichec provided system administration and application optimization staff for the project, says Mr Sheahan. Another was with Rolls Royce looking at jet engine lifespan, using supercomputer facilities to greatly speed up models of projected lifetime.

“Ichec has not got the best computers but it does have the best staff,” Mr Sheahan said. “They are doing what they do at a world wide level and that can only be good for Irish Inc. Ichec is important to DDN but Ichec is also important to Ireland.”