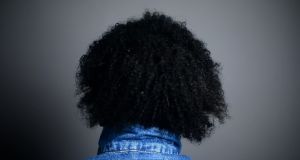 A ruling that the ban on asylum seekers looking for work is unconstitutional will have implications for the asylum process and for Brexit negotiations. File photograph: The Irish Times

The Supreme Court ruling that the ban on asylum seekers looking for work is unconstitutional will have deep implications for the asylum process and also for Brexit negotiations, the Department of Justice has said.

A spokesman for Tánaiste and Minister for Justice Frances Fitzgerald said that in recent months, independently of the judgment, she had started to examine options that would allow asylum seekers to access the labour market in certain circumstances.

“The judgment gives this work increased emphasis and priority,” said the spokesman.

The response came in the wake of a landmark decision yesterday upholding the appeal of a Burmese man who spent eight years in direct provision against the ban preventing him from working.

The seven-judge Supreme Court unanimously found in his favour but adjourned the matter for six months to allow the legislature to consider the matter.

Giving the court’s judgment, Mr Justice Donal O’Donnell said that while the State can legitimately have a policy of restricting employment of asylum seekers, section 9.4 of the Refugee Act does “not just severely limit” the right to seek work for asylum seekers, but “removes it altogether”.

Ministers only became aware of the decision at the end of the weekly Cabinet meeting on Tuesday and did not discuss it. Ms Fitzgerald and Attorney General Maire Whelan will now examine the judgment over coming days.

Well-placed sources in Government said that if an unfettered right to work for asylum seekers were to be granted, it would have a huge impact on Brexit negotiations, as under the Common Travel Area those working in Ireland would, in theory, be allowed work in Britain.

However, the sources said that a first reading of the judgment did not indicate this was the case.

“We must also be mindful of any issues that could impact the Common Travel Area and ongoing Brexit negotiations,” said the department spokesman.

Fianna Fáil justice spokesman Jim O’Callaghan said that current system was unfair and damaging. “Our asylum process involves people being placed in direct provision for many years. The absolute ban on them being permitted to work is damaging to their self-worth and mental health.”

“Sinn Féin have consistently called for an end to direct provision and changes to the law to allow asylum seekers to work. There is now an onus on the Minister for Justice Frances Fitzgerald to use the time afforded by the court in order to address this ruling and ensure that asylum seekers are given the right to work,” he said.

1 David Trimble: After the big dinner in Oslo, somebody said why don’t we party together?
2 Coronavirus: Warning against blame game as 46 more cases are confirmed
3 Maureen Dowd: The US president and the damage done
4 Two people die after car plunges off road and overturns in river
5 John Hume, architect of peace process, dies aged 83
Real news has value SUBSCRIBE