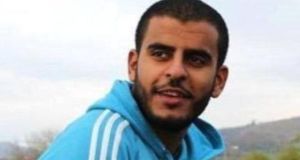 Ibrahim Halawa: the Dubliner has been in prison in Egypt since August 2013

Minister for Foreign Affairs Charlie Flanagan has described the continued detention of Ibrahim Halawa in a Cairo jail as unfair and unjust.

Mr Flanagan was speaking about the adjournment of Mr Halawa’s trial for the 24th time, earlier this month.

Mr Halawa (21), from Firhouse in south Co Dublin, has been in prison in the Egyptian capital since August 2013, when he was detained at a mosque during a Muslim Brotherhood “day of rage” after the removal of President Mohamed Morsi. The Dubliner is one of 494 defendants in a mass trial following the protest.

The Minister was responding after the Fianna Fáil leader, Micheál Martin, said the latest deferral was a “shocking undermining of his basic human rights” and “incredibly unfair”.

Mr Martin asked Taoiseach Enda Kenny when he last spoke to the prime minister of Egypt and if Mr Flanagan had sought to exert influence through the European Union.

Mr Kenny said he had spoken twice to the Egyptian president, Abdel Fattah el-Sisi, and written him a “very strong letter”.

Mr Flanagan said he had raised Mr Halawa’s case last week with foreign ministerial colleagues and with the EU’s high representative for foreign affairs, Federica Mogherini. The Minister added: “I meet on a weekly basis the Egyptian ambassador, who is in no doubt about the Irish Government’s position.”

Mr Flanagan was concerned by the further adjournment of the trial, until July 4th, but said the it was required by Ramadan, a time of fasting in the Muslim calendar. “In the meantime I wish to assure the House that the welfare and health of our citizen is very much to the fore and we are making representations on a daily basis.”