Redrawing of constituency could result in Fine Gael losing seat 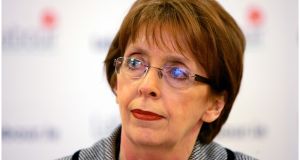 Many political strategists expect sitting Social Democrats TD Róisín Shortall to take the first seat in Dublin North-West. In 2016, she was elected on the first count with more than 28 per cent of the first-preference vote.

This time around, the landscape has shifted. A redrawing of constituencies saw Dublin North-West lose areas in Drumcondra and parts of south Glasnevin. This change particularly affects sitting Fine Gael TD Noel Rock.

Following the 2019 local elections, Fianna Fáil’s Paul McAuliffe was elected as a councillor and then as lord mayor of Dublin. In 2016, he scrapped it out with Rock for the third seat, with both neck-and-neck until a final swathe of transfers gave Rock the edge.

Expect to see the two battle it out again in a straight Fianna Fáil vs Fine Gael shoot-out.

Sinn Féin was expected to run two candidates here: outgoing TD Dessie Ellis, who was first elected to the Dáil in 2011, having served as a Dublin city councillor for 12 years, and councillor Cathleen Carney Boud. But following the party’s lacklustre performance in last year’s local elections, only Ellis will run.

Last year, the Green’s Caroline Conroy polled ahead of Labour’s Andrew Montague and given recent Green successes, she could be one to watch. The main issues in Dublin North-West are health and commuter issues: the BusConnects plan, the status of the Metro North and the need for a new primary care centre in Finglas.