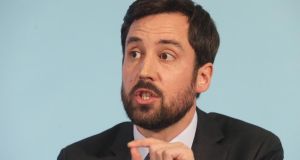 Dublin Bay South is true-blue territory and a real Fine Gael heartland. It is the home constituency of embattled Minister for Housing Eoghan Murphy and straight-talking TD Kate O’Connell.

But the only certainty in the wake of the Sinn Féin surge in opinion polls and the now apparently stalled Green wave is that Green Party leader Eamon Ryan will top the poll and retain his seat.

The swing to Sinn Féin in the opinion polls nationally puts former Fianna Fáil TD now Sinn Féin councillor Chris Andrews in the frame, either for a seat or to significantly disrupt the vote for others.

The overall story was originally five candidates for four seats – the four outgoing TDs and popular Labour Senator Kevin Humphreys, who lost his Dáil seat in 2016.

But now the landscape looks to be turning into five candidates for three seats – the two sitting Fine Gael TDs, Fianna Fáil TD Jim O’Callaghan, the Labour Senator and the Sinn Féin councillor.

Previously considered impossible for a Sinn Féin candidate to win in such a Fine Gael heartland, the polls nationally put the party at 25 per cent and even if his vote was 10 per cent less Andrews would still be in the middle of the chase for a seat.

Fianna Fáil and Labour would be expected to lose more votes to Sinn Féin than Fine Gael but the swing away from the main Government party is significant and it now looks unlikely that they can hold two seats.

The Minister for Housing twice survived motions of no confidence over the housing and homelessness crisis but can he survive a volatile and angry electorate, despite being well liked at a personal level?

Or will his party colleague be at risk? A leading light in the abortion referendum campaign, effective vote management secured her seat in a head-to-head battle with Lucinda Creighton in 2016.

There is no love lost between Murphy and O’Connell and with the party at just 20 per cent in the polls, vote management could be essential but it is unlikely to be anything like as disciplined as four years ago.

However, O’Connell has worked hard for constituents and is seen as something of a maverick and outside the party leadership core, which could stand to her.