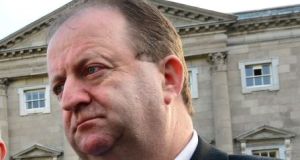 Cork South-West is one of those constituencies where geography plays almost as important a role as ideology but then that’s hardly surprising given the constituency runs from near Carrigaline in the east to Beara in the west.

The sprawling rural constituency includes towns such as Bandon, Kinsale, Clonakilty, Dunmanway, Skibbereen, Bantry and Castletownbere, with agriculture, fishing and tourism all important sectors in the economy.

Geography here shapes results and voters chose Margaret Murphy O’Mahony of Fianna Fáil from Bandon in the east, Fine Gael’s Jim Daly from Clonakilty in the centre and Independent Michael Collins from Schull in the west in 2016.

Minister of State Jim Daly is stepping down and Fine Gael has chosen Simon Coveney’s close ally, Senator Tim Lombard from Minane Bridge in the east of the constituency and Cllr Karen Coakley from Skibbereen in the west to run in this three-seater.

But the Fine Gael choice has not been without controversy, with more than 500 members signing a petition to add former councillor Noel O’Donovan from Rossmore to the ticket – however, Fine Gael HQ decided against such a move.

Just what impact that refusal by Fine Gael HQ will have on party morale in west Cork remains to be seen but anecdotal evidence suggests there is some unhappiness within the local organisation on its election strategy.

Fianna Fáil ran just Murphy O’Mahony in 2016 but has added the current Cork County Mayor, Cllr Christopher O’Sullivan from Clonakilty, and, as the son of former TD Christy O’Sullivan, he could prove a formidable vote-getter.

Collins surprised many in 2016 when he took 15.64 per cent of the vote but all indications are that with his high profile from organising buses to take patients to Belfast for cataract operations, he will do well and could even top the poll.

Among the other runners are Cllr Paul Hayes of Sinn Féin from Courtmacsherry and he will be doing well to replicate its 8.45 per cent share of the vote won in 2016 by Cllr Rachel McCarthy of Bandon but his appeal may extend beyond traditional SF voters.

Also running is Cllr Holly Cairns of the Social Democrats from Turkhead, west of Skibbereen, who won her council seat by just one vote but could pick up a decent vote from Labour supporters who gave Michael McCarthy 7per cent last time out but don’t have a Labour candidate to vote for this time.

Cairns could affect Collins in the west, lowering his first-preference vote but she should transfer back to him on the basis of geography, though some of her votes might also transfer to Fianna Fáil’s O’Sullivan, whom she is currently dating.

Also running is Belgooly-based Cllr Alan Coleman (Independent) who got 11.45 per cent or almost 5,000 votes in 2016, but he would need to be somehow ahead of Murphy O’Mahony and pick up transfers from her in Bandon.

All the indications are Cork South-West will return one Fianna Fáil TD, one Fine Gael TD and one Independent TD (Collins) but don’t discount the possibility of a personnel change in Fianna Fáil with O’Sullivan unseating Murphy O’Mahony.