Fine Gael Minister of State in danger of losing seat 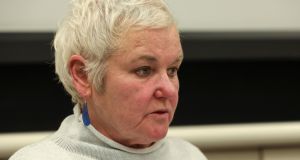 Counting in this constituency ran for four days in the 2016 general election when People Before Profit TD Bríd Smith finally emerged victorious just 35 votes ahead of Fianna Fáil’s Catherine Ardagh.

This time around, Ardagh, who became the party’s Seanad leader, is expected to win a seat based on Fianna Fáil’s rising fortunes.

Currently, there are three left-wing seats but the only sitting TD seen to be secure is Sinn Féin’s Aengus Ó Snodaigh, 17 years a TD. The party had originally intended to run two candidates but after a poor showing in the presidential and local elections, Senator Máire Devine was dropped from the ticket to save the seat.

The Green surge also comes into the mix in Dublin South-Central, with newly elected Kimmage-Rathmines councillor Patrick Costello joining the campaign in this sprawling four-seat constituency that stretches from Cherry Orchard to Dublin City Council’s civic offices on Merchant’s Quay and out again to Templeogue.

The Greens are the unknown factor here where Collins and Smith are both solid constituency performers who gained recognition initially for their high-profile roles in the water charges campaign and their councillors performed well in the local elections.

Analysts suggest one left-wing seat will be lost but that two will be retained and the question is whether Smith or Collins can hold on.

The Independent TD has focused mainly on her Crumlin/Drimnagh base. Current campaign issues have not garnered the profile of the water charges campaign and the People Before Profit TD is seen to have a higher profile across the constituency.

She has been helped by her focus on climate issues including her stalled legislation to ban offshore fracking and a developing campaign to reverse the increased age (67) to qualify for a State pension.

Fine Gael has had no councillors in Dublin South-Central since 2014 and the Minister of State Catherine Byrne survived in 2016 despite losing a large chunk of her Inchicore base in boundary changes.

She had a public spat with her senior colleague Eoghan Murphy when she objected to a cost-rental housing development in Inchicore which garnered votes, but as Minister faced a backlash when she supported the drug injection centre at Merchant’s Quay, also supported by constituency colleagues.

Housing, health and an ageing population, as well as the BusConnects routes are among issues in this area.

In the end, it is four candidates in the running for two seats – Joan Collins, Bríd Smith, Catherine Byrne and the Green Party’s Patrick Costello.

The Greens here are an unknown quantity but could benefit from support from young professionals in large swathes of apartments that candidates cannot access to canvass.