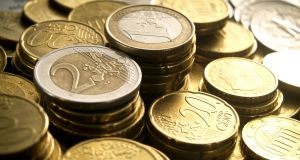 The research from price comparison website Switcher.ie found 95 per cent of those polled worry about their finances. File photograph: iStock

The vast majority of Irish consumers are concerned about their finances as they head into the New Year with a significant number convinced they will be worse off in 2019.

The research from price comparison website Switcher.ie paints a gloomy picture of the state of the nation’s finances with 95 per cent of those polled saying they worry about them.

A quarter said they fully expected to be worse off in 2019 than they were this year while 47 per cent said they were concerned they would not be in a position to save next year once the essentials had been taken care of.

The research, which was carried out by iReach Insights and involved 1,001 online interviews with Irish adults, also indicated that 42 per cent were concerned that they would not be able to make ends meet if any unexpected expenses cropped up in 2019.

Almost a quarter said they were worried that a holiday in 2019 would be out of reach.

Meanwhile 18 per cent said they were concerned they would not get a pay rise next year with 14 per cent were fearful about losing their job in the next 12 months.

Over four in ten said financial worries were having an impact on their physical health with 54 per cent saying such concerns were affecting their mental health.

“The start of the New Year is usually a time of optimism. Sadly, as our research shows, this good cheer stretches thin once people start to think about their finances,” said Switcher.ie managing director Eoin Clarke.

“Even with the [social welfare] Christmas bonus being increased to 100 per cent in 2018 for the first time in 10 years, it seems that households will continue to worry about their finances next year.

“This makes it more important than ever to start thinking about how you can take back the financial reins, ease the pressure and put yourself more in control,” he added.