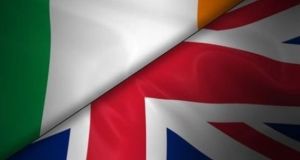 The poll carried out by LucidTalk for the Sunday Times found that 51 per cent of 2,392 people surveyed in Northern Ireland supported a referendum in the next five years. Photograph: iStock

A new survey suggesting that a majority of people in Northern Ireland has been greeted with a mixed response from unionists and nationalist parties.

DUP First Minister Arlene Foster said on Sunday that such a referendum would be “absolutely reckless” while Sinn Féin Deputy First Minister Michelle O’Neill said there was an “unstoppable conversation” being conducted on Northern Ireland’s future.

The poll was published days after former British chancellor of the exchequer George Osborne predicted that due to Brexit “Northern Ireland is already heading for the exit door” out of the union.

The poll carried out by LucidTalk for the Sunday Times found that 51 per cent of 2,392 people surveyed in Northern Ireland supported a referendum in the next five years with 44 per cent opposed and 5 per cent not having an opinion.

It also found that Northern Irish voters by a margin of 48 per cent to 44 per cent think there will be a united Ireland within 10 years.

Under the 1998 Belfast Agreement a Border poll can be called by the Northern Secretary “if at any time it appears likely to him/her that a majority of those voting would express a wish that Northern Ireland should cease to be part of the United Kingdom and form part of a united Ireland”.

Here the poll found that 47 per cent was in favour of maintaining the North’s link with Britain with 42 per cent in favour of a united Ireland, which is quite short of the criterion required to call a Border poll.

Nonetheless, Sinn Féin and the SDLP welcomed the findings while the DUP and Ulster Unionist Party were dismissive of any moves towards a unity plebiscite.

DUP leader Ms Foster told Sky that people should “settle down” and deal with the Covid-19 pandemic rather than discuss a Border poll.

“We all know how divisive a border poll would be. For us in Northern Ireland, what we have to do is all come together to fight against Covid and not be distracted by what would be absolutely reckless at this time,” she said.

Ms Foster said she was not against a conversation on whether a poll should be called. “It is not that I’m dead against it. I can argue for the United Kingdom every day of the week because the arguments are rational, logical and they will win through,” she said.

“Nobody is suggesting, not even this poll is suggesting, that we would lose if there was a Border poll. But it would be incredibly divisive,” she added.

Sinn Féin Deputy First Minister Ms O’Neill in response tweeted: “Over 50 per cent of people here support a referendum on unity in the next five years. There is an unstoppable conversation under way on our constitutional future.

“It is time for the Irish Government to step up preparations. We can overcome the barriers of partition and build a new Ireland.”

SDLP leader Colum Eastwood said the finding “which show a majority in favour of a referendum on Irish Unity, place a solemn obligation on parties to engage with every community, sector and generation to set out a vision for a new future that meets the needs of all our people”.

“I genuinely believe that our interests are best served in a new Ireland and that’s reflected in the hours of conversations we have held with people across this island,” he said.

Ulster Unionist Party leader, Steve Aiken said “all political energy should be focused on making Northern Ireland a better place to live, work and raise your family, instead of a divisive Border poll”.

The Alliance MP for North Down Stephen Farry said the conditions for a Border poll currently don’t exist. “But this is a fluid situation,” he added.

“While immediate priorities lie in tackling Covid and addressing the direct fallout from Brexit, we are willing to engage in constructive discussions with an open mind and on a without prejudice basis.”