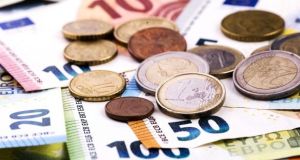 Ireland is one of only three European Union member states that does not have a statutory sick pay scheme in place. Photograph: iStock

The Government is to publish a new scheme for sick pay designed to “set a minimum floor” for the benefit, with initial plans that could see employers asked to cover pay for two weeks.

Details of the plan were communicated by Minister for Enterprise, Trade and Employment Leo Varadkar to trade unions and employer groups last week.

The plan is to publish a bill in March for enactment of the new scheme by summer, with introduction to follow either late this year or early in 2022. While it is still being designed, it is likely to initially be for two weeks’ duration per year, with a rate of pay that will equate to a percentage of normal earnings – however this will be capped at a maximum amount.

Those in receipt of the scheme will require a medical certificate, while an employee would need to be sick for at least three days to qualify – although the payment will be backdated to the first day of illness.

Workers will also need to have six months of service with their employer before qualifying for the scheme.

It is intended that the new scheme will not interfere with existing sick pay programmes employers already offer, with a spokeswoman saying it will “set a minimum floor, and it will remain open for employers to offer their own more attractive terms and conditions for sick pay coverage”.

“We do not want to create a target whereby companies already providing sick pay might reduce their rates.”

Employers who may struggle to provide the payment for sick staff could benefit from an “ability to pay” clause under consideration as part of the plan. A spokeswoman for Mr Varadkar said this was being explored “to cater for businesses who would genuinely face financial difficulties in paying sick pay”.

Staggered introduction of the scheme is also on the cards in order to allow time for smaller employers to prepare for the scheme. Firms will also be assisted with the cost through the social insurance fund, similar to how they are with maternity and paternity benefit.

Ireland is one of only three European Union member states that does not have a statutory sick pay scheme in place. A Covid-19 enhanced illness benefit was introduced last March, which provides €350 a week, but the spokeswoman said a “longer term, sustainable scheme now needs to be put in place to cover all illnesses”.